In Monday's trading session, Paytm shares fell as much as 18 per cent on top of listing day decline of 27 per cent. 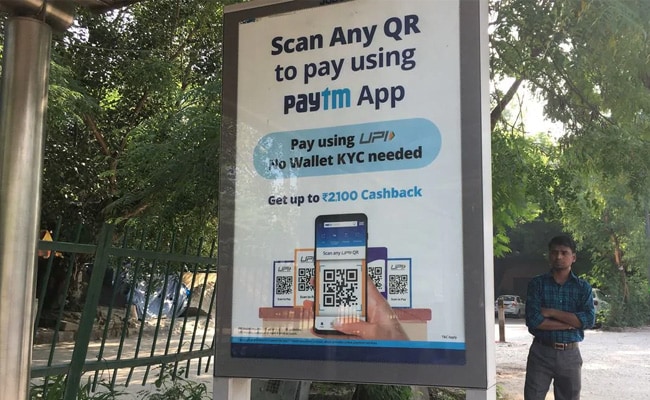 Paytm's share sale via IPO which ended on November 10 witnessed a tepid response.

Paytm's market capitalisation or its market value dropped by as much as Rs 56,233 crore after its disastrous market debut on Thursday, November 18, data from the BSE showed. Paytm shares have crashed as much as 40 per cent from its IPO price to hit low of Rs 1,283 in just two trading sessions. Analysts have pointed at high valuations as the reason behind the spiraling downfall in the stock price.

Paytm's share sale via IPO which ended on November 10 witnessed a tepid response as the issue was slowly subscribed 1.89 times compared with Nykaa's subscription of 82 times and Zomato's 38.25 times.

In Monday's trading session, Paytm shares fell as much as 18 per cent on top of listing day decline of 27 per cent.

Paytm's parent company, One 97 Communications Ltd., raised a record IPO sum of Rs 18,300 crore, but its disastrous trading debut sparked criticism the company and its investment bankers had pushed too hard in the offering. Founder and Chief Executive Officer Vijay Shekhar Sharma had persistently made clear that he wanted Paytm to surpass the long-standing IPO record set by Coal India in 2010.

Over the weekend, Paytm released financial details for the month of October, which includes the critical period ahead of the Diwali holiday. Gross merchandise value rose 131 per cent to Rs 83,200 crore for the month, the company said. Loan disbursals, which analysts see as key to Paytm turning profitable, increased more than 400 per cent to Rs 627 crore.

The stumble by the country's largest digital-payments provider may chill stock-market boom, which had ranked among the world's most frenzied. The IPO had been touted by some as a symbol of the country's growing appeal as a destination for global capital, particularly for investors looking for alternatives to China.

Analysts at Macquarie Research said in a note to clients that Paytm's business model lacked "focus and direction" and initiated coverage with an underperform rating. "Achieving scale with profitability a big challenge," the note said, calling the company a "cash guzzler".