The Despair Of Home-Buyers In India Left With Unfinished Flats

A series of economic shocks in the past three years have dented property-market sentiment and caused funding for developers to dry up. 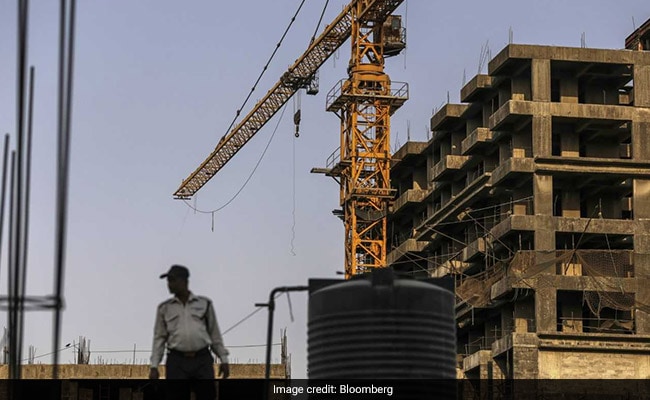 Lalit Vazirani, a computer programmer from Mumbai, never reckoned on having to turn amateur property developer.

Yet here he is, a decade after putting down a deposit for an apartment near the city's airport, dealing with architects, taxes, various planning permissions and even court hearings. All because the developer behind the $50 million project has gone bust, and nobody else has stepped in to finish the work.

"We never in our wildest dreams imagined one day we would take on the functions and the role of a developer," said Mr Vazirani, 45, who bought the two-bedroom unit before construction started. "But fate had other plans."

Few things illustrate the malaise in India's property market as starkly as would-be homeowners having to dedicate untold hours to completing the flats they spent years saving up for. While no estimates exist for the number of people in Mr Vazirani's position, India's property market is struggling to digest some $65 billion worth of projects in various stages of completion -- or, in many cases, non-completion.

It's an issue with the potential to sap confidence among house buyers, further complicating developers' attempts to claw their way out from under a mountain of debt.

So many delayed building projects have "severely weakened faith in any under-construction properties and reviving buyers' trust is a Herculean task," said Anuj Puri, the chairman of Anarock Property Consultants Pvt. "If buyers stop purchasing, builders will have a far more challenging time to get funds from external sources for construction."

Two years ago, India introduced a law with strict punishments for building delays.

A series of economic shocks in the past three years, from the unexpected withdrawal of high-value rupee notes in 2016 to the sales tax introduced the following year, have dented property-market sentiment and caused funding for developers to dry up. Many lack the funds to keep projects aimed at millions of more affluent citizens going.

An analysis of about 11,000 home builders by research firm Liases Foras in February showed that developers on average have to repay twice as much in debt each year as the income they generate that can be used to service it. This comes as property prices in India's biggest cities are flagging -- home values in Mumbai sank 11 percent last year following a 5 percent decline in 2017. They ran up 32 percent in the four years through 2016. 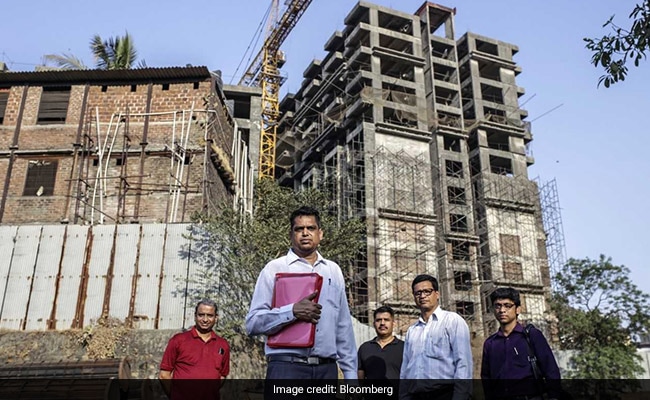 Mr Vazirani is one of 281 buyers who banded together to complete their development, which currently consists of the skeletons of six buildings standing on an otherwise deserted site. Developer Orbit Corp., which specialized in mid- to high-end apartments, collapsed in 2016.

The immense task has taken time away from Mr Vazirani's day job and is starting to take a toll. "It's very disheartening, but we know we have no option, we have to continue this fight," he said.

He's not alone. Home buyers at a Nirmal Lifestyle project in the northeast Mumbai suburb of Mulund are lending the developer more money so it can complete the final stages of a tower. At a housing development in Uttar Pradesh, purchasers will monitor construction after a local regulator stepped in. The buyers of the unfinished project had approached the state's real estate regulator seeking a handover of the project to them after it had been stuck for three years and the builder had run out of money.

With would-be home buyers reluctant to hand over cash for deposits, the funding horizon for developers looks bleak. Builders' debt repayments amount to $18.5 billion each year, the Liases Foras data show. On top of that, some lenders have sharply increased the interest rates they charge developers for new loans.

Already, real estate and associated businesses account for the largest number of cases referred to India's two-year-old bankruptcy process. Around 235 of the companies are under the insolvency-resolution process, government data show.

Orbit's former Chief Executive Officer Pujit Aggarwal says he's trying to help by providing the group with construction and regulatory expertise. Mr Aggarwal was taken into custody in 2016 for allegedly cheating apartment purchasers. He wasn't convicted and the Bombay High Court granted him bail in July 2017. Soon after, his company was referred to a bankruptcy court.

"It's a collaborative effort between buyers, myself and other stakeholders to make sure there's an end in sight," Mr Aggarwal said. "Buyers are putting in the money and have shown tremendous resilience to take over and move ahead."

It was "just bad investment decisions" that resulted in Orbit's undoing, he said. The company had bought some large land plots that dented cash flows and trying to fund long-duration projects with short-term loans aggravated the situation. Regulatory changes also affected building plans.

That's of little comfort to Sarju Saini, a 51-year-old chartered accountant who put money down for an Orbit apartment off the plan in 2009. His unit was meant to be finished by 2013.

"I had put in all my savings for this flat," he said. "Now for completion of the project I will need to take another loan. I may have to borrow from my friends, family or in-laws. This would have been our first house, and we had so many dreams attached to it."