India is killing off the one industry that can bring badly behaving tycoons into line while nudging savers away from an unproductive lust for gold.

That industry is domestic hedge funds, which have taken seven years to reach $6 billion in investment commitments from nothing. By contrast, equity investment in India by overseas financial investors is upward of $400 billion.

Even that measly $6 billion figure for so-called Category 3 Alternative Investment Funds overstates the industry's development. Some managers of vanilla mutual funds now seek the AiF registration to avoid regulatory restrictions on what they can pay distributors for selling to mom-and-pop investors. Alternatives that are meant for the rich don't have such restraints. But leave aside the pretenders. Rather than encourage a community of investment vigilantes who target firms falsifying accounts or stealing from investors, the Indian taxman is threatening to disband it. 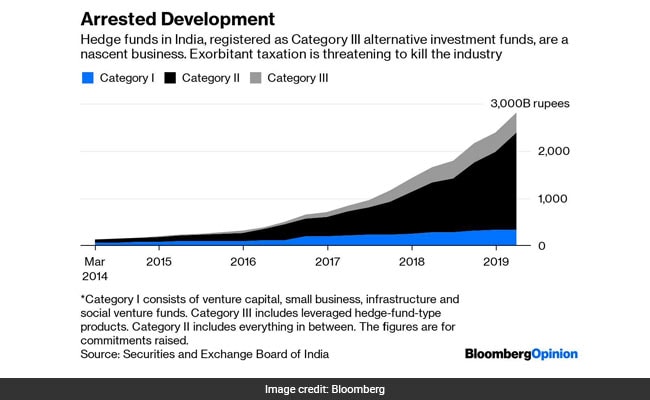 The increase to 42.7% from 35.9% in the tax rate on annual earnings over Rs 5 crore ($730,000), announced in the first annual budget after Prime Minister Narendra Modi's reelection, has a more vocal victim: overseas funds investing in India. These are seeing red. Often structured as trusts or associations, they too will have to pay the higher levy that applies on all non-corporate income. The head of the tax authority in New Delhi has told them they're "collateral damage."

Offshore investors can always find other markets. What will onshore hedge fund managers do, except leave the country perhaps? Singapore doesn't tax capital gains; in India profits on cash equities bought and sold within a year will be charged at 21%, up from 18%. It gets even more draconian. Alternative funds now have to withhold 42.7% of all income on derivatives trading before they pass on the returns to investors. This is bread and butter business for long-short hedge funds, which frequently use derivatives to mount leveraged bets. Worse, the ultimate investors won't be able to set off that tax against any other business losses.

The Securities and Exchange Board of India, or SEBI, has always been suspicious of the source of capital for hedge funds investing in India from Singapore or Hong Kong. It believes dirty money - proceeds of crime, corruption or tax evasion - comes back home from offshore financial centers after being laundered. Whatever the rational basis of those fears, the regulator's efforts to set up from scratch a domestic industry in alternative assets is being torpedoed by the taxman. "They may be unwittingly about to kill off the onshore hedge fund industry that SEBI created, even before it has begun to crawl," Vijay Krishna-Kumar, head of IDFC Asset Management's liquid alternatives investment, told me. 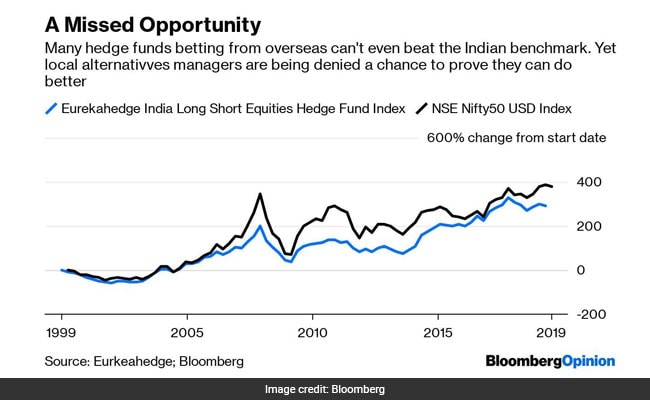 That would be a shame. Stamping out short sellers will tilt an already-skewed playing field even more toward long-only investors. Those who profit only when share prices rise will happily overlook corporate skulduggery, especially if the tycoons riding roughshod over minority shareholders make the fund managers feel important by giving them access. At this rate, India's abysmal governance standards will never improve.

At $6 trillion, India's household wealth is a fraction of China's $52 trillion. Even so, the country had 343,000 dollar millionaires this time last year, according to Credit Suisse Group AG. For them, it's important to have access to assets uncorrelated with stock market returns that they can replicate with index funds. If hedge funds die because of taxation, the rich in India will be left with two sub-optimal options. "Offshore tax centers can breathe easy now," says Krishna-Kumar. "India will remain an underdeveloped market where only gold and property would be your alternatives."

So much of India's private wealth is trapped in gold that any more will be a colossal social waste. For a country that aims to elevate GDP to $5 trillion by the end of Modi's second term in 2024, from $2.8 trillion now, India needs risk capital to go into productive assets. Yet policy makers are jacking up tax rates on the one avenue for risk-taking they should be nourishing. The money they collect will be chump change compared with the cost of the hedge fund industry's arrested development.

Cronyism thrives on finance - and only finance can stop it. Without an industry that has their back, which analyst will pore over obscure company filings; meet suppliers, customers, and regulators; and use LinkedIn and Google Maps to verify whether employees and facilities exist? In India, taking on important people means risking one's livelihood - and even liberty. If nothing else, the domestic alternatives business is worth saving because it can speak truth to power and put its money where its mouth is.