Ola Electric on Monday announced the investment of $500 million for setting up its state-of-the-art Battery Innovation Centre (BIC) in Bengaluru. 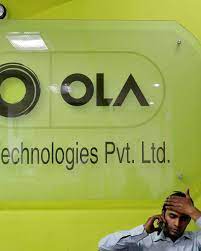 Ola Electric on Monday announced the investment of $500 million for setting up its state-of-the-art Battery Innovation Centre (BIC) in Bengaluru.

The electric vehicles company said that BIC would be one of the world's largest and most advanced cell R&D facilities with more than 165 "unique and cutting-edge" lab equipment to cover all aspects of cell-related research and development.

The company said in a statement that the centre would be capable of developing complete packages of battery pack design, fabrication and testing under one roof.

"BIC will also be equipped with in-house production capability of mg to kg scale of anode and cathode material, integrated facility for Hand in Hand Nanoscale analysis and Molecular Dynamics simulation and an in-house crystal structure analysis to develop new battery materials", it said.

The company said that the BIC would recruit top global talent, including 500 PhDs and engineers who will be supported by an additional 1000 researchers in India and multiple other global centres.

"Ola's Battery Innovation Centre in Bangaluru will be the cornerstone for core cell tech development and battery innovation out of India for the world. BIC will house advanced labs and high-tech equipment for battery innovation and will power India's journey towards becoming a global EV hub," he said.

Ola recently unveiled its first Li-ion cell, NMC 2170. Built in-house, Ola will begin the mass production of its cell from its upcoming Gigafactory by 2023.

The company was recently also allocated 20GWh capacity under the ACC PLI scheme by the Government for developing advanced cells in India and is setting up a cell manufacturing facility with an initial capacity of up to 20 GWh, localising the most critical part of the EV value chain, it was stated.