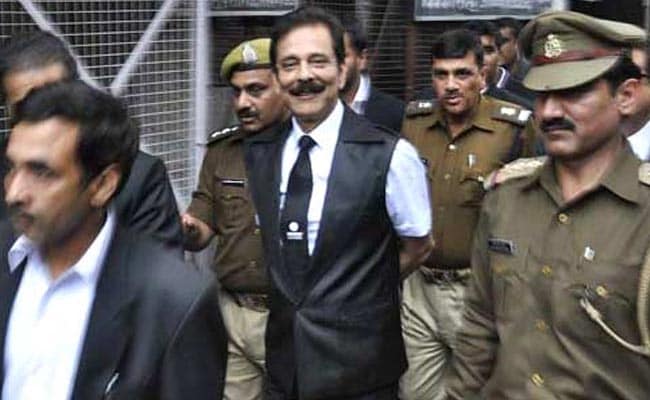 Mr Roy failed to raise the bank guarantee as the bank backed out at the last moment, Sahara said. The Sahara chief had already deposited Rs 5,120 crore in cash.

Mr Roy was arrested in March last year after the company failed to comply with a court order to refund money it had raised from millions of small investors by selling them bonds later ruled to be illegal.

The Supreme Court also said Sahara owes as much as Rs 36,000 crore to bond investors, which it has to deposit within 18 months and in 9 instalments. The court also ruled that if Mr Roy fails to deposit any three instalments, he and two other directors of Sahara, who are also currently in Delhi's Tihar jail, will be taken into custody.

But all these conditions will come into operation once Mr Roy and the two directors furnish the bank guarantee.

Meanwhile, the court extended the hi-tech jail facility provided to the Sahara chief for asset-sale negotiations by 8 weeks.