New Delhi Railway Station Redevelopment: According to Rail Land Development Authority, the redevelopment project is expected to incur a capital expenditure of around $ 680 million 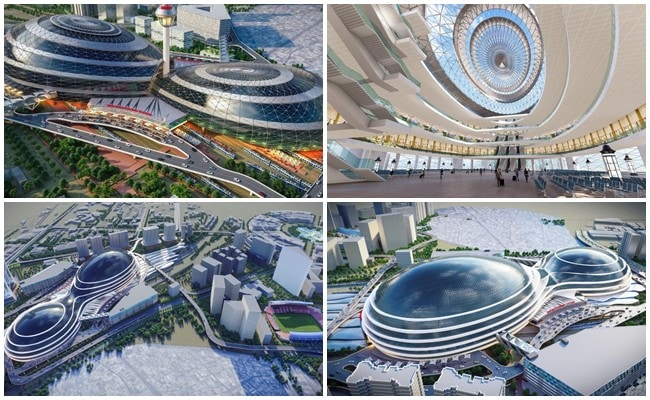 New Delhi Railway Station Redevelopment: The New Delhi railway station is being redeveloped on the basis of public-private partnership (PPP) mode and the Rail Land Development Development Authority (RLDA), a statutory body under the Ministry of Railways, is undertaking the project. The project will attract foreign investors and private players and is expected to incur a capital expenditure of around $ 680 million. According to RLDA, the master plan area of the station's revamp is approximately 120 hectares, out of which 88 hectares is being planned under the first phase. (Also Read: New Delhi Station Redevelopment To Attract Foreign Investors: All You Need To Know )

1. Station Compone: This involves the development of the new terminal building, along with amenities, railway offices, railway quarters as well as ancillary railway works

The railway station will be equipped with modern amenities such as dome-shaped terminal buildings with 2-arrival and 2-departure at concourse level, two multi-modal transport hubs (MMTH) on each side of the station, 40-floor high rise twin towers - having hotels, offices, and retail at podium, and also a pedestrian boulevard with high street shopping.

New Delhi railway station will become the first project to be undertaken on the transit-oriented development concept in Delhi-NCR, said Rail Land Development Authority. The pre-bid meeting for the project was organized in September 2020, which saw participation from major private players such as GMR, Adani, JKB Infra, Anchorage, and Arabian Construction Company.