Some lenders are struggling, putting the loans they received from regulated banks at risk. 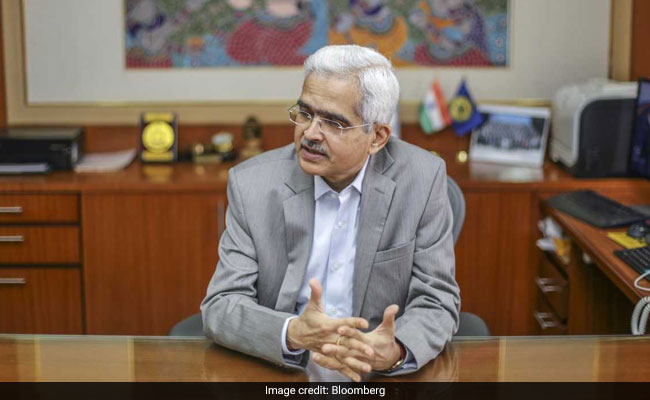 The Reserve Bank of India is seeing "signs of fragility" in some of the 50 mortgage lenders and other shadow banks it is monitoring to prevent the spread of a crisis that followed the collapse of a non-bank lender last year.

"It is our endeavor that there is no contagion," central bank Governor Shaktikanta Das said in one of his first media interviews on Saturday. "We are constantly in touch with the large lenders. Such non-banking finance companies including housing finance companies, where we see some signs of fragility."

Just as they emerge from the worst bad-loan problem in two decades, the country's banks are staring at another potential surge in soured debt as a result of their exposure to troubled non-banking finance companies. In its latest Financial Stability Report, the Reserve Bank of India warned that any failure among the largest of the non-bank finance companies or housing finance firms could cause losses comparable to a major bank collapse.

"Not a day has passed over the last several months when internally we have not had a review or some discussion on the NBFCs, either on the sector, or on the individual NBFCs," Mr Das said in an interaction at his office in the RBI building overlooking the Mumbai skyline and the Arabian sea.

A year after a series of defaults by Infrastructure Leasing & Financial Services Ltd. forced the government to intervene and exposed weaknesses in the sector, the problems of the country's NBFCs are entering a new phase. Some lenders such as Dewan Housing Finance Corp. and tycoon Anil Ambani's Reliance Capital Ltd. are struggling, putting the loans they received from regulated banks at risk.

The central bank selected the non-banks to monitor based on the size of its balance sheet, volume of operations, governance practices and credit behavior, he said.

There have been some instances of governance lapses and "we are dealing with it," Mr Das said, without naming any company. "But there are a large number of others who have encountered business failures and certain external factors which impacted their business model."

Mr Das said lenders which haven't been diligent in their lending practices "will have to pay a price for it."

The government earlier this month threw a lifeline to some of the better-rated NBFCs by agreeing to backstop some of the assets that banks purchase from them, thereby improving their liquidity. The RBI, which is now a regulator of the housing finance companies, also eased liquidity ratio rules for banks to encourage refinancing for shadow lenders.

However, the Reserve Bank has resisted calls to provide a separate liquidity window for the struggling NBFCs, and Mr Das reiterated his opposition saying that a NBFC "refinance window is a misnomer."

"We are monitoring the NBFC sector very closely," Mr Das said in his office adorned with two replicas of Lord Jagannath, a form of the Hindu god Vishnu, revered in his native Odisha state. "There have been improvements but challenges still remain."

The country's cash-strapped NBFCs are closely interconnected with the banks, either through loans or purchases of NBFC bonds. That poses a new challenge to the RBI's efforts to clean up from an earlier bad loan crisis -- mostly due to excessive lending to large energy, steel and other industrial companies -- and to encourage more lending to boost the economy.

"We are constantly in touch with the large lenders to such NBFCs including housing finance companies where we see some signs of fragility," Mr Das said.

Mortgage lenders had outstanding loans of about Rs 9.3 lakh crore ($135 billion) as of March 31, 2018, according to RBI data. Repayment of some of the loans maybe at risk as the cash crunch among non-banks has raised questions around solvency of real-estate companies, and threatens to push 70 per cent of them out of business in the next two years, Goldman Sachs Group Inc. said in a note earlier this month.

Mr Das, however, said the central bank wants non-bank companies to recover, adding that their business model is viable.

"In the process, the promoters will have to make certain sacrifice," Mr Das said, referring to the founders of non-banks. "The promoters have to accept certain hair cut and the banks will also have to deal with it appropriately."

Competition from Jio has sent the average revenue per user (ARPU) tumbling. Jio's results for the three months to June 30 showed its ARPU - a key metric for telecoms companies - was at 122 rupees ($1.77), down 9.3 per cent from a year ago.

"We are not in this ARPU game," Jio's head of strategy, Anshuman Thakur said, adding that the management's priority is to ensure that more subscribers latch on to its network and use its services, thereby creating greater "long-term value."

Analysts had predicted that Jio would start raising its tariffs as soon as it reached a critical mass of subscribers.

Mr Thakur, however, suggested that Jio is in no mood to relent, noting that it added 24.5 million subscribers in the quarter and that its subscribers consume an average of 11.4 gigabytes of data each month.

"We're quite happy with these key performance indicators," he said.

Reliance also announced on Friday that Jio has sold its tower assets via an investment trust to Canada's Brookfield Asset Management for Rs 25,000 crore.