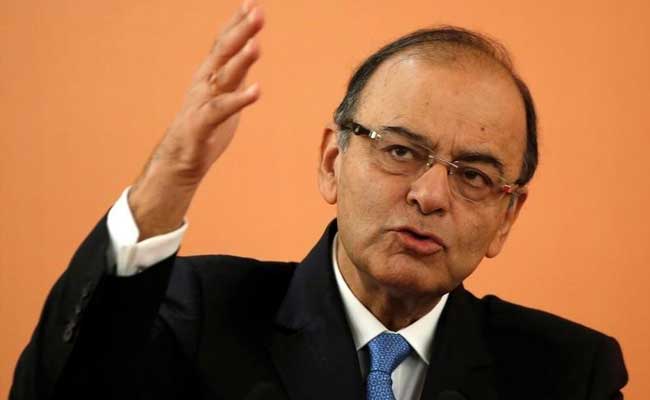 New Delhi: Finance Minister Arun Jaitley on Wednesday dispelled rumours of the Rs 2,000 note having a 'micro nano GSP chip' to enable its tracking through satellite.

"From where did you come to know this? I haven't heard of it," Mr Jaitley said when asked if the Rs 2,000 currency note, being issued by the government, had a chip to enable its satellite tracking.

According to the rumours doing rounds on the social media, the currency note carries a chip that makes it detectable when a pile is kept together, and it can be also tracked via satellite.

Promoted
Listen to the latest songs, only on JioSaavn.com
Mr Jaitley was talking to reporters here a day after the government, in a surprise move, demonetised Rs 500 and Rs 1,000 currency notes.