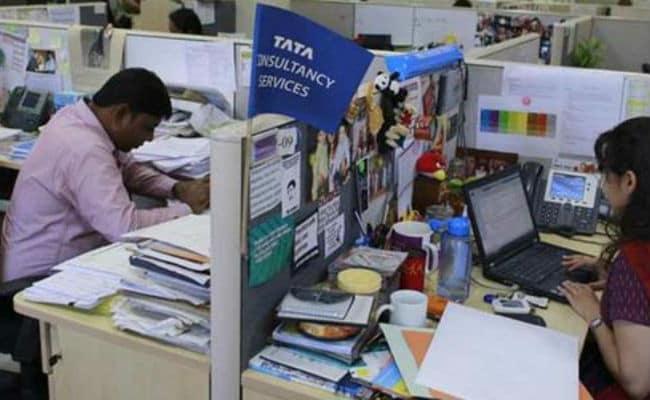 Major Indian tech companies including TCS, HCL, Infosys and Wipro have a presence in Singapore.

IT industry body Nasscom has said the clampdown on tech visas by Singapore has shrunk the base of Indian techies to under 10,000 in the South East Asian nation and could hurt the ability of players to chase future deals. Nasscom president R Chandrashekhar said that issuance of visas to the tech workers under the intra-company transfers has "reduced to a trickle" and so for all practical purposes "the tap has been shut".

"The number of Indian tech workers employed with various companies, are a few thousand now, probably under 10,000, which is inadequate to drive growth of the industry," he said. The comments assume significance as Indian IT companies use Singapore as a gateway to serve clients in the region. All major Indian tech companies including TCS, HCL, Infosys and Wipro have a presence in Singapore. (Also read: H-1B visa curbs will also hurt US, says Sushma Swaraj)

"If things don't change, companies will have to look for alternate ways for the region...search for alternate locations," he said. Indian companies have been investing in Singapore to bolster their presence in the Asian market that has been growing at a strong pace, although the US and Europe continue to account for over 80 per cent of the industry's export revenues.

Meanwhile, the US on Monday announced multiple measures to "deter and detect" what it described as "fraud and abuse" of H-1B work visas, the most sought after by Indian IT firms and professionals.

The announcement by the US Citizenship and Immigration Services (USCIS) comes on a day on which the federal agency started accepting applications for H-1B visas for the fiscal year beginning October 1, 2017.

With Singapore taking a conservative view of visa issuance to Indian tech workers, companies are finding it increasingly difficult to even maintain their level of manpower, "let alone raise" the numbers. "You cannot maintain it because every time a visa expires...you just leave and there is no visa renewal that is being issued. So this is where the problem has come up," he pointed out.

The visa issue has been brewing for over a year now, and Nasscom has been engaged in a dialogue with authorities in India as well as Singapore to resolve the matter.

"This is really not keeping with the overall objectives of the Comprehensive Economic Cooperation Agreement (CECA), which is to encourage economic activities in both directions," he said.

While Asian market has a relatively low share in the IT export basket, Mr Chandrashekhar said companies have been looking at diversifying and developing newer markets. "...Asia being the growth continent in this era, is the obvious place to look for. So that is why Singapore is a convenient base to operate from."

Promoted
Listen to the latest songs, only on JioSaavn.com
Asked if the situation could hurt the ability of Indian companies to service contracts, he said that while existing contracts may remain unaffected, the future contracts will definitely be hit.

"In fact some companies have started scaling down," he said.