Bill Gates No Longer The Second Richest. See Who Replaced Him

LVMH, Bernard Arnault's luxury-goods maker, advanced to a record Tuesday and pushed his net worth to $107.6 billion 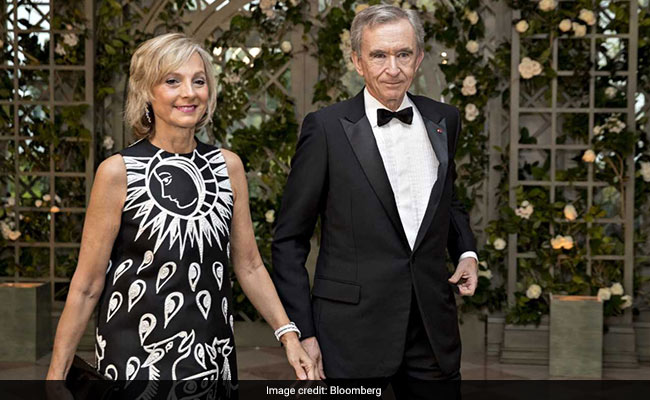 Bill Gates has never ranked lower than No. 2 in the seven-year history of the Bloomberg Billionaires Index. That run ended Tuesday when the Microsoft Corp. co-founder dropped to No. 3 behind France's Bernard Arnault.

LVMH, Arnault's luxury-goods maker, advanced to a record Tuesday and pushed his net worth to $107.6 billion and ahead of Gates by more than $200 million. The shares extended their gains Wednesday, rising 0.7% at 1:54 p.m. in Paris. Arnault has added about $39 billion to his fortune in 2019 alone, the biggest individual gain by far among the 500 people in Bloomberg's ranking.

This year has been particularly good to French tycoons, with Arnault, Kering SA's Francois Pinault and cosmetics heir Francoise Bettencourt Meyers tacking on a combined $57 billion.

Arnault and his family are among luxury titans who pledged more than $650 million in April for the reconstruction of Notre Dame Cathedral after fire ravaged the landmark church. He controls about half of Paris-based LVMH through a family holding company and also owns a 97% stake in Christian Dior, the fashion house founded three years before his birth in 1949.

Arnault entered the luxury-goods market in 1984 by acquiring a textile group that owned Christian Dior. Four years later, he sold the company's other businesses and used the proceeds to buy a controlling stake in LVMH. His art collection of modern and contemporary paintings includes pieces by Jean-Michel Basquiat, Damien Hirst, Maurizio Cattelan, Andy Warhol and Pablo Picasso.

Were it not for Gates's philanthropic giving, he'd still be the world's richest person. Gates has donated more than $35 billion to the Bill & Melinda Gates Foundation. Bezos's net worth is up slightly this year to $125 billion, even after reaching a divorce settlement with MacKenzie Bezos that made her the world's fourth-richest woman.

(Except for the headline, this story has not been edited by NDTV staff and is published from a syndicated feed.)
Comments
Bill GatesBernard Arnault