Mahindra's all-new Thar SUV has become the only SUV in the 4X4 lifestyle category to record this booking milestone in such a short span of time, M&M said. 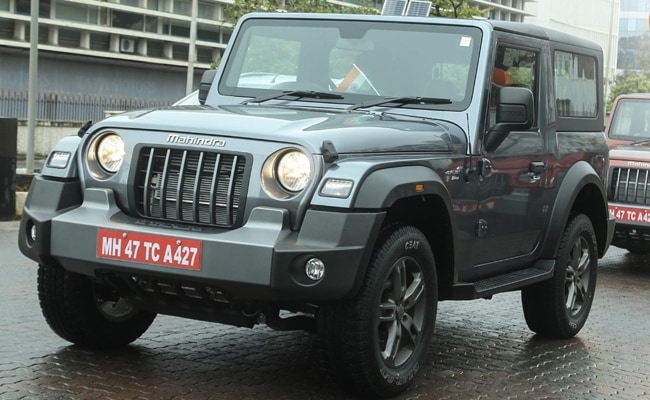 The All-New Thar has received over 36,000 enquiries and more than 3.3 lakh website visitors.

The All New Thar starts from an ex-showroom Delhi price of Rs 9.80 lakh, the company said on its website.

"The All-New Thar has garnered a lot of interest from buyers and auto experts alike. Since its launch on October 2, 2020, the All-New Thar has received over 36,000 enquiries and more than 3.3 lakh website visitors," the auto major said.

"We are extremely happy with the overwhelming response and excitement that the All-New Thar has created. What is also encouraging is that the All-New Thar has resonated well with lifestyle seekers, families & women buyers, thereby opening up an entirely new set of customers for this iconic lifestyle 4X4 SUV," said Veejay Nakra, chief executive officer, automotive division, Mahindra & Mahindra.

Earlier this month, Mahindra & Mahindra told exchanges that its auto sales rose 6 per cent to 35,920 units, registering a growth of 6 per cent in September.