India is a major market for J&J globally, and its share in the country's Rs 4,000-crore baby care market is nearly three-fourths. 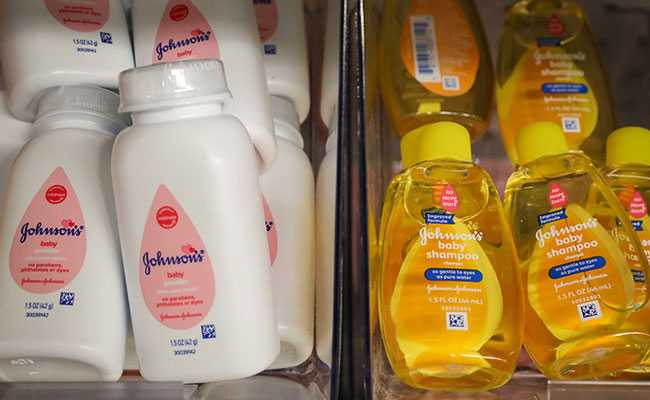 Johnson & Johnson has strongly rejected findings of a Rajasthan government laboratory showing presence of "harmful" chemicals in the US-based company's baby shampoo, a popular product in India. Based on the report of the Drug Testing Laboratory in Jaipur, the National Commission for Protection of Child Rights (NCPCR) has written to the chief secretaries of all states and Union Territories asking them to stop sale of Johnson & Johnson's (J&J) baby shampoo and remove it from the stocks.

The company, in a statement, said it has not received any direction to stop the sale of its shampoo and that it was not accepting the interim results of the laboratory tests which were based on "unknown and unspecified" methods. India is a major market for J&J globally, and its share in the country's Rs 4,000-crore baby care market is nearly three-fourths.

"We will await the results and conclusions of the re-testing process at the Central Drugs Laboratory. We are not aware of any directions from NCPCR. It must be noted that any such directions, under the law, can only be issued under certain prescribed conditions," the company said.

J&J said it is in full compliance with current Indian regulatory requirements and standards for manufacturing and testing of all its products.

"We have confirmed to the Indian authorities that we do not add Formaldehyde as an ingredient in our shampoo nor does Johnson's baby shampoo contain any ingredient that can release formaldehyde over time. Our products are safe to use and conform to all applicable standard under the D&C (Drugs and Cosmetics) Act and D&C rules," it said.

"We unequivocally maintain that our products are safe, and our assurance process is amongst the most rigorous in the world, meeting or exceeding the safety standards in every country where our products are sold," the company added.

Officials said NCPCR has powers to recommend action, but it was for the state governments and union territories to take a call on implementation of the recommendation by the apex child rights body.

The order by he NCPCR around a week back was issued after test reports of the baby shampoo came from Rajasthan. However, it is yet to receive the test reports from the other four states.

The NCPCR has asked the Drug Control Officer of Rajasthan to send the test report of the talcum powder at the earliest, officials at the child rights body said.