The company reported overall sales of Rs 5,828 crore ($829 million) in the country for the year, a filing shows. 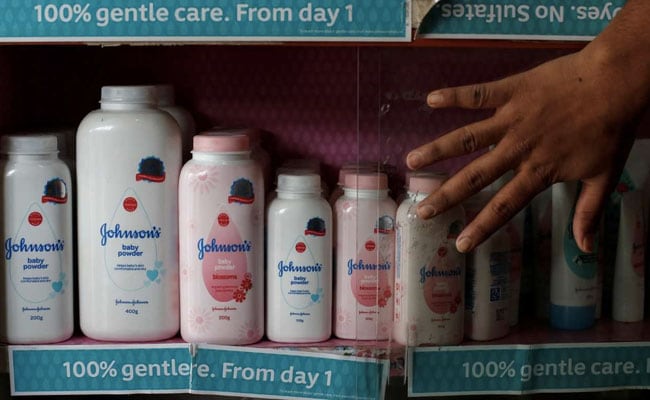 Johnson & Johnson's sales in India dipped 3 per cent in the year to March 2018, a regulatory filing showed on Thursday, as the US drug maker grappled with the country's stringent medical device pricing policies.

The company, currently mired in a controversy surrounding the safety of its baby talcum powder, reported overall sales of Rs 5,828 crore ($829 million) in the country for the year, its filing with the Ministry of Corporate Affairs shows.

But its after-tax profit for the period rose 18 per cent to $98 million on other income, including foreign exchange gains.

J&J's medical device sales in the country have been hit following the government's move in 2017 to cap prices of devices such as orthopaedic knee implants to help poor patients.

The restrictions were part of a broader push by the government to end what it called "illegal profiteering" by companies.

The company has recently been in the news after an investigation by news agency Reuters found J&J knew for decades that cancer-causing asbestos lurked in its baby powder.

The report prompted drug inspectors across the country to collect talc samples from J&J facilities for testing.

J&J has said the Reuters article was "one-sided, false and inflammatory", adding that its Baby Powder was "safe and asbestos free".

J&J's Baby Powder is one of the most recognised foreign brands in India. The company leads sales in the Indian baby and child toiletries market, which Euromonitor International estimates was worth $178 million last year.

J&J's consumer segment in India, which includes baby care products such as soap and talc, recorded sales of Rs 3,100 crore in the year to March 2018, marginally lower than the previous year, the company's India filing showed.

Sales in its medical segment, which includes its orthopaedic products, fell 7 per cent to Rs 1,960 crore.