Jet Airways shares were locked in a 5 per cent upper circuit for an eighth session in a row. The stock in the last eight sessions the stock has rallied 47 per cent. 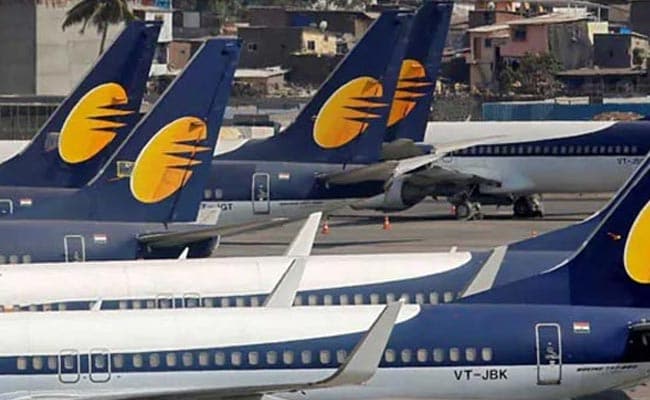 Jet Airways shares have more than tripled since they hit a 52-week low of Rs 13 on March 26.

Shares of the now-defunct airline Jet Airways were jumped 5 per cent on Monday, after the company said its creditors had agreed to sell the carrier under a multi-million dollar resolution plan. Jet Airways would be acquired by a consortium of investors under a multi-million dollar resolution plan approved by its creditors. Jet Airways shares were locked in an upper circuit of  5 per cent Rs 42.20 on the National Stock Exchange, surging for the eighth session in a row. The Jet Airways stock had rallied 47 per cent in the past eight sessions.

The resolution plan was submitted by a consortium of London-based Kalrock Capital and UAE-based businessman Murari Lal Jalan, the airline said in a regulatory filing on Saturday, without elaborating.

The resolution plan comes after months of talks over the future of the airline, which was forced to ground its flights in April 2019, as it attempted to compete with low-cost rivals amid mounting losses.

Jet once operated a fleet of more than 120 planes serving dozens of domestic destinations and international hubs such as Singapore, London and Dubai. After the carrier halted operations, at least 280 of its slots were vacant in Mumbai and 160 in Delhi, which were then given to its rivals.

The revival plan is also based on getting some of these slots back.

The new owners had agreed to pump in Rs 1,000 crore as working capital for the revival of the airline. Another Rs 1,000 crore will be given to creditors over a period of five years, news agency Reuters reported citing sources close to the situation.

Jet Airways shares have more than tripled since they hit a 52-week low of Rs 13 on March 26, data from stock exchanges showed.

Sensex, Nifty Close At Record Highs For Fifth Day In A Row Led By IT Stocks