Jet Airways share price plunged as much as 18.56 per cent on the BSE, its worst session in over three years, to hit intraday low of Rs 213.20. 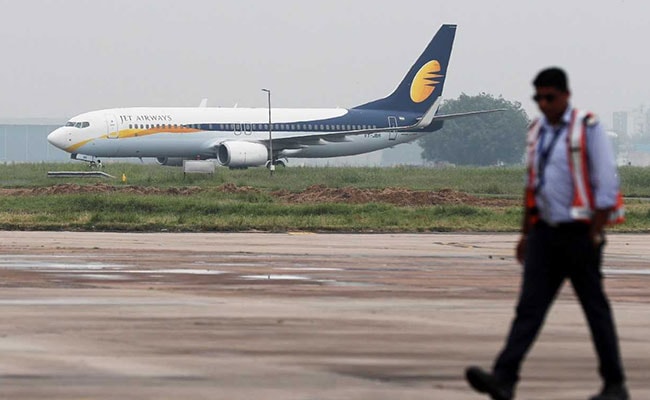 Shares of the debt-laden Jet Airways plunged as much as 18.56 per cent on the BSE, its worst session in over three years, to hit intraday low of Rs 213.20. On the National Stock Exchange, Jet Airways share price dropped as much as 18.53 per cent from yesterday's close of Rs 261.70 after it failed to secure interim funding from the group of lenders led by the State Bank of India. As part of the rescue deal signed last month with the lenders, Jet Airways was supposed to get Rs 1,500 crore interim funding by way of debt instrument against security of its assets which was to restore normalcy to company's level of operations.

Also Read: Naresh Goyal Won't Bid For Stake In Jet As Board Meets On Next Steps

BSE sought a clarification from Jet Airways after media reports suggested that Jet Airways was likely to temporally shut down its operations for which the response was awaited.

Jet Airways CEO Vinay Dube in a statement to employees yesterday said the interim funding from the lenders was 'not forthcoming thus far' and it had to shut its international operations till Thursday, April 19.

In another development, Jet Airways founder and former chairman Naresh Goyal opted out from the bidding process for a stake in the company.

The airline is operating with less than 10 planes, news agency Press Trust of India reported.

Jet Airways has been losing planes in recent weeks as lessors scramble to de-register and take back their aircraft, even as Jet's lenders have sought expressions of interest in the carrier from potential investors. It has also suspended its international operations for the time being.

Lenders, led by the State Bank of India (SBI), want a new investor to buy a stake of up to 75 per cent in Jet and initial expressions of interest were submitted last week.