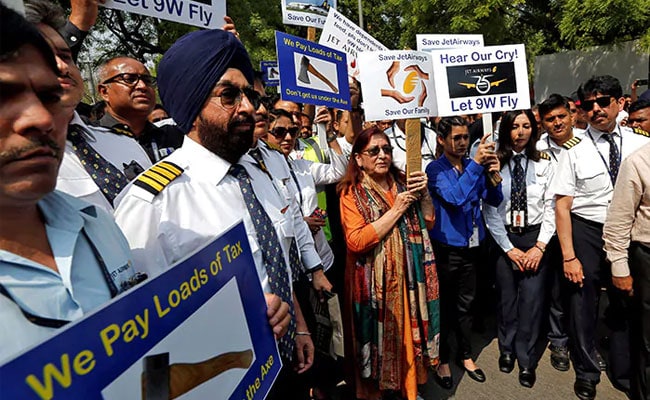 Jet Airways is struggling with a debt of more than $1.2 billion.

Jet Airways pilots' union National Aviator's Guild has moved the Supreme Court requesting it to direct State Bank of India to release the promised interim funding. The union has also urged the Civil Aviation Ministry and Director General of Civil Aviation (DGCA) not to allot the Jet Airways slots to other airlines.

In a statement on behalf of the 22,000 employees getting impacted because of temporary closure of operations, the union has also urged the court not to de-register the leased aircraft and said it must not be handed over to other airlines.

Earlier in the day, lenders had confirmed to NDTV that there are four expressions of interest by Etihad Airways, TPG Capital, Indigo Partners and the NIIF and they are expecting final bids by the evening of May 10.

Struggling with a debt of more than $1.2 billion, the airline owes money to lessors, suppliers, pilots and oil companies. Jet Airways' group of lenders have taken a controlling stake in the airline, and are currently in the process of selling a stake to recover their dues.

The airline, once India's largest private carrier, halted operations on April 17 after its lenders refused to provide further funds to keep it afloat.