Is Bitcoin "The Mother-Of-All-Bubbles"? What Investors Say

Last week, for example, Bitcoin managed to trade 179 per cent above its average price over the past 200 days, three times as high as the Nasdaq 100 ever got during the heyday of the dot-com bubble. 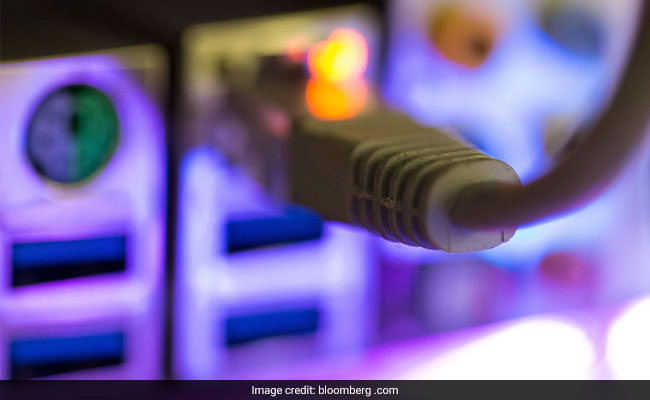 While little exists intrinsically to judge the fair value of a digitized currency, comparing Bitcoin to other high-momentum assets of the past shows how heated its rally has become -- and why it's vulnerable to swoons like Monday's.

Last week, for example, Bitcoin managed to trade 179 per cent above its average price over the past 200 days, three times as high as the Nasdaq 100 ever got during the heyday of the dot-com bubble. The digital coin was up 120 per cent over the past 20 sessions, a rate of return that's also three times the best gain the tech-heavy equities gauge ever saw.

"If we're just to compare it apples to apples with other commodities, it feels like a huge bubble and you could say it's crazy expensive," said Mike Bailey, director of research at FBB Capital Partners. "I can't get involved in something with those kinds of technicals." 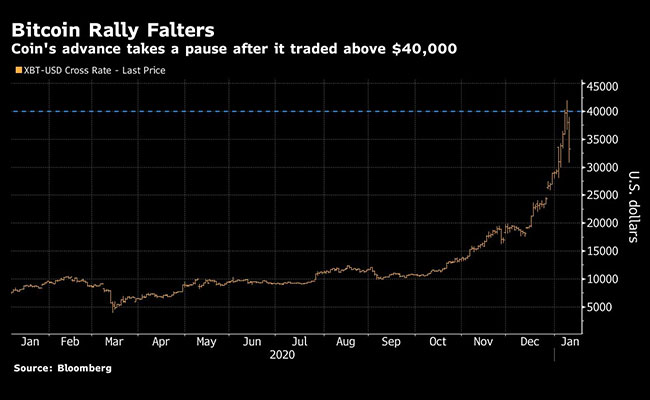 Bank of America strategists led by Michael Hartnett say Bitcoin's rally is one thing, along with recent trends in the IPO and SPAC markets, that makes investor behavior look speculative at the moment.

In fact, Bitcoin's velocity is almost two times as intense as the next biggest episode of market froth -- the spike in Chinese stocks during the 2000s.

It "blows the doors off prior bubbles," the strategists wrote in a Friday note, asking whether Bitcoin is "the Mother-of-all-bubbles." Many worry the 300 per cent rally last year that persisted into 2021 up until Monday is untethered from reason and fundamentals and is fueled by vast swathes of fiscal and monetary stimulus sloshing around at a time when global economies are still dealing with the fallout from the pandemic.

Up 38 per cent this year through Friday, Bitcoin had its best start to a year since 2012, when it surged almost 60 per cent over the first eight days. Scott Minerd, chief investment officer with Guggenheim Investments, who recently said the coin could be worth as much as $400,000, wrote in a tweet that it was "time to take some money off the table."

It's the type of thing many investors have been eyeing wearily in a market that's been laden with speculative mania, with everything from the dizzying trends in the initial public offerings space to the resurgence in cryptocurrencies igniting worries a comeuppance could be due.

Bitcoin's weekend action fueled those concerns. The digital asset slid as much as 26 per cent over Sunday and Monday in the biggest two-day drop since March.

Still, Bitcoin's fans argue its recent rally isn't comparable to its other euphoric stretches, like the one in 2017 that ultimately resulted in a huge selloff the next year. Many argue the asset has matured with the recent entry of institutional investors who have taken a greater interest as the coin rallied to record after record. In addition, they say, it is increasingly seen as a legitimate hedge against dollar weakness and inflation risk.

"Here you've got both fear and greed driving that baby to the moon," said Bryce Doty, portfolio manager at Sit Fixed Income Advisors. "That does qualify as frothy."

Other technical signals also suggested a worrying trend. Bitcoin's drop over the weekend triggered a sell signal according to the GTI Global Strength Indicator, which measures upward and downward movements of successive closing prices. The coin's 20-day moving average has thus far provided a support level throughout its uptrend, though Bitcoin remains overbought, according to the GTI gauge. 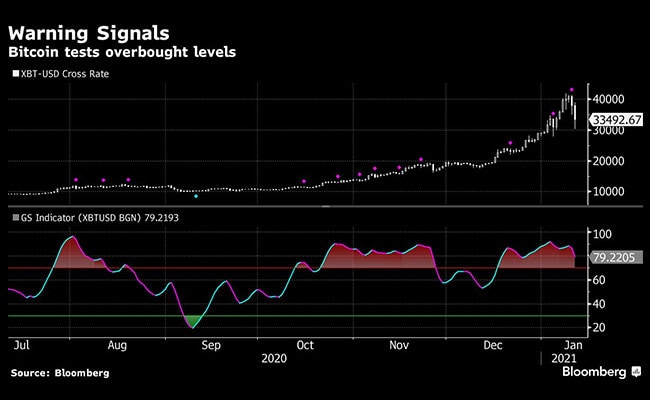 Chris Zaccarelli, chief investment officer at Independent Advisor Alliance, says there are good reasons for believing in Bitcoin but, to him, it's a question of whether or not it constitutes a good place to allocate capital. His team isn't currently apportioning money toward it, but if they did, they'd view it as a speculative bet rather than as a store of value.

"Bitcoin is in the early stages of its move," he said. "Whether we are already in a bubble or whether we are in the process of forming one will only be known in hindsight, but we think it will be similar to previous bubbles we have seen in the past."

Crypto Exchange Coinbase Plans To Expand Its Presence In Europe