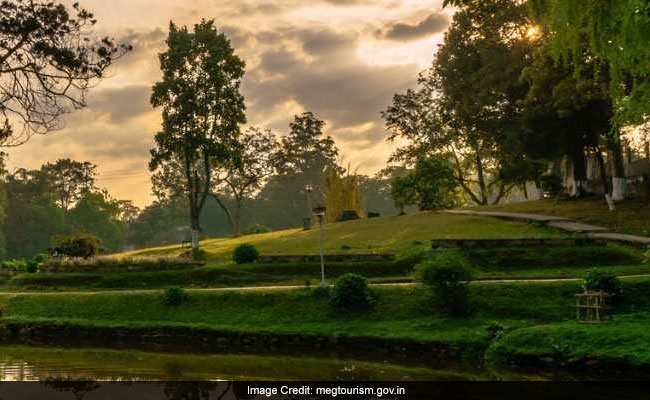 IRCTC Tourism: The package include economy class airfares from Kolkata to Guwahati and return.

IRCTC Tourism offers a range of tour packages to destinations within the country and abroad. IRCTC or Indian Railway Catering and Tourism Corporation Tourism, the tourism arm of the Indian Railways' online ticketing operations, is offering a tour package – called Splendour North East Air Package - to Guwahati and Shillong from Kolkata at a starting tariff of Rs 19,819 per person, according to its website - www.irctctourism.com. The tour will be for period of four nights and five days, and will commence from Kolkata on August 10. The package will include economy class flight bookings of private sector airline IndiGo, according to the IRCTC Tourism website.

The package include economy class airfares for the return flights from Kolkata to Guwahati, accommodation on a double sharing basis at all places, sightseeing, meals (breakfast and dinner) and applicable taxes, according to the IRCTC Tourism website.

The package includes stays at Hotel SJ International in Guwahati and Hotel Orchid Annex in Shillong.

On the first day, passengers will be flown to Guwahati on an IndiGo flight from Kolkata at 6:50 am and and transferred to Shillong upon arrival at Guwahati. On way to Shillong, the travellers will be taken on a visit to Umiam Lake in Shillong, following be check-in to the hotel. After check-in, the individuals will be taken for a visit to Don Bosco Museum, Lady Hydari Park and Wards Lake, according to IRCTC Tourism.

On the second day, travellers will proceed for a day trip to Cherrapunji, one of the wettest destinations in the world. Visits can be made to places such as Elephanta Falls, Nawkhalikai Falls, Mawsmai Caves Dwan Syiem View Point, Eco Park, Seven Sisters Falls and Ramkrishna Mission, according to IRCTC Tourism.

Day 3 will include a visit to Mawlynnong, known as the cleanest village in Asia. In the evening, travellers will return back to Shillong for dinner and overnight stay.

On the fourth day, the travellers would be taken to Guwahati and checked-in to the hotel. The passengers can go for local sightseeing on this day.

On the fifth day, travellers would checked out out the hotel and taken for a visit to Kamakhya Temple. Later, they will be transferred to the airport for the return flight to Kolkata, according to IRCTC Tourism.