Infrastructure Projects To Be Routed Via GatiShakti Panel: Finance Ministry 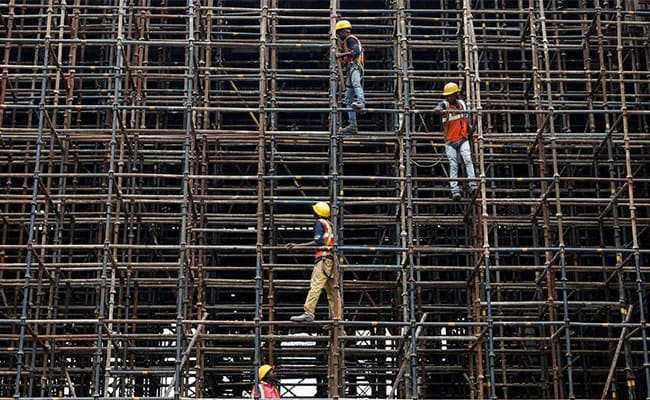 All infrastructure projects with over Rs 500 crore investment, would be routed via PM GatiShakti's panel

All logistics and connectivity infrastructure projects, entailing investment of over Rs 500 crore, would now route through the network planning group (NPG) constituted under the PM GatiShakti initiative with the finance ministry issuing the necessary instructions and creation of the national master plan digital platform, an official said.

"The revised format of the PIB/DIB memorandum...will apply to all the PIB or DIB proposals for new projects submitted on or after April 28, 2022," it has said.

As per the revised format, proposals should include whether the project has components of logistics or infrastructure connectivity; and whether it has been examined by NPG for convergence and integration at the conceptualisation or feasibility study stage.

The PM GatiShakti plan was announced last year with an aim to break departmental silos and bring in more holistic and integrated planning and execution of projects with a view to addressing the issues of multi-modal and last-mile connectivities.

This will help bring down the logistics cost and promote effective and efficient planning of infrastructure projects.

"We have created the national master plan digital platform. We have provided training to people concerned and now we have this mandatory provision from the finance ministry. So, now all logistics and connectivity projects will be approved on the principles of PM GatiShakti. All those projects, costing over Rs 500 crore will be considered by NPG," the official said.

The Department for Promotion of Industry. and Internal Trade (DPIIT) has also conducted several training sessions with various government departments and held regional conferences across the states. The Technical Support Unit is also in place.

All the departments will approach the NPG first for approval before making a DPR (detailed project reports) at the planning stage, the official said, adding after the NPG's clearance, the project would follow the normal procedure of approval by the finance ministry and the Cabinet, depending upon the projects.

For example, if the railway is planning a project on a specified route, so by putting the relevant information on the PM GatiShakti national master plan portal before finalising the DPR, it can see whether the proposed track is crossing through public land or private property or forest or canal or highways.

Over 600 layers of data are there on the portal.