IndiGo, Which Adds A Plane To Fleet Every Week, Isn't Slowing Down

IndiGo has specialized in buying in bulk, ordering 430 jets in the A320neo family on top of an initial contract for 100 older A320 models. 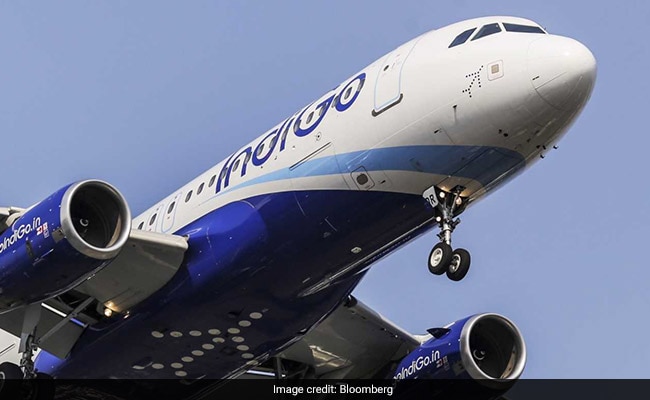 IndiGo is in talks with Airbus SE for another large plane order in a sign Asia's biggest budget carrier has no intention of letting up on a blistering pace of expansion.

The airline, which adds an aircraft to its fleet every week, is in discussions to buy a longer-range version of the European planemaker's newest narrow-body jet, according to chief executive officer Ronojoy Dutta.

Existing orders will see IndiGo through the next two years, Mr Dutta said in an interview with Bloomberg News Editor-in-Chief John Micklethwait. After that, the carrier is considering adding new planes including Airbus's long-distance A321neo LR and the yet-to-be-released A321 XLR, he said. 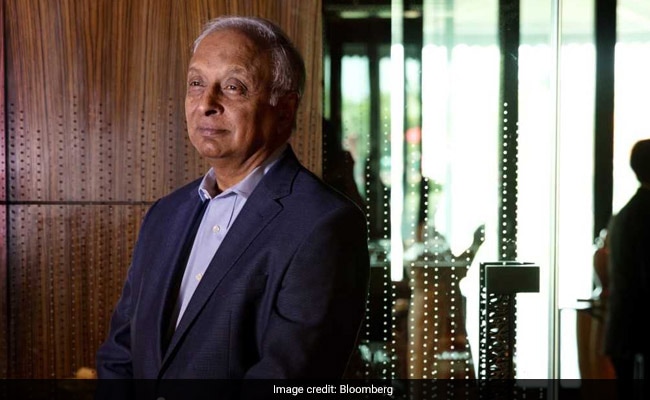 "When we order, we'll order in bulk for sure," Mr Dutta said in New Delhi in his first interview since becoming CEO of the airline in January. "I can't give you a tentative number, but it will be large. We need longer range."

Though Mr Dutta didn't specify the size of IndiGo's next purchase, it's likely to be a multi-billion-dollar order based on the company's history. Its smallest order so far was for 100 A320 jets in 2005 worth $6 billion at list prices at the time. Given that the most-basic variant of the A320neo family today carry sticker prices of more than $100 million each, a large order could exceed $10 billion.

Operated by InterGlobe Aviation Ltd., IndiGo is one of the few Indian carriers with enough cash to aggressively expand, and it's been mapping out a way to build a long-haul, low-cost business to take passengers from places like New Delhi to London. The carrier has managed to consistently make money even as domestic rivals struggle under a fierce fares war and the world's priciest jet fuel -- partly because it commits to large plane orders to cap costs.

Founded in 2005 by former US Airways CEO Rakesh Gangwal and former travel agent Rahul Bhatia, IndiGo has quickly outpaced all its rivals to grab almost half of the local market, making both founders billionaires. At more than $8.6 billion, the market value of IndiGo's parent is almost double Air France-KLM's and ahead of Singapore Airlines Ltd., Mr Dutta isn't satisfied. 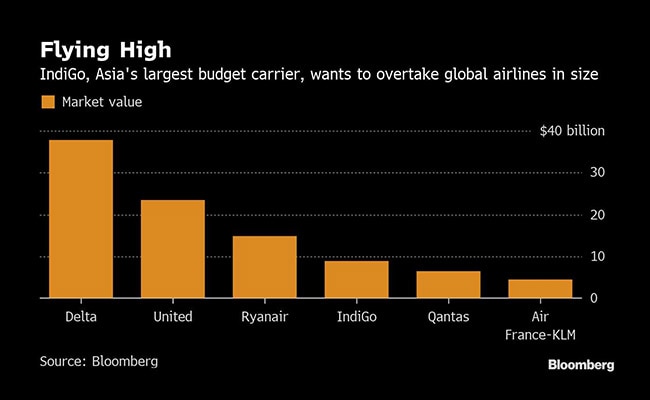 "There are a lot of airlines ahead of us," he said. "We would like to be one of the biggest, largest, profitable airlines in the world."

Mr Dutta was previously president of United Airlines, where he worked for nearly 20 years. A Harvard graduate, he was also president of Indian budget carrier Air Sahara for two years before it was sold to Jet Airways.

IndiGo has specialized in buying in bulk, ordering 430 jets in the A320neo family on top of an initial contract for 100 older A320 models. That's made IndiGo one of the biggest buyers of Airbus's best-selling plane. Such large-scale orders help airlines negotiate discounts and better maintenance terms.

"One of the things that's key to our success is keeping the fleet cost down, and fleet cost is only down when you order in bulk," Mr Dutta said.

While IndiGo has so far confined past orders to Airbus, it hasn't ruled out buying Boeing Co. jets in the future, according to Mr Dutta. And the order being discussed with Airbus hasn't been finalized.

IndiGo is also playing rivals off each other when it comes to engines. It's in talks with CFM International, a joint venture between General Electric Co. and France's Safran SA, in addition to current supplier Pratt & Whitney for a new turbine order, according to the CEO.

IndiGo opted for Pratt & Whitney-powered engines for the first 150 of its A320neos jets, and like other carriers has faced issues including a faulty seal that triggered a three-month delivery halt. The problems are easing, and Pratt has stepped up spare engine supplies to keep planes flying, he said.