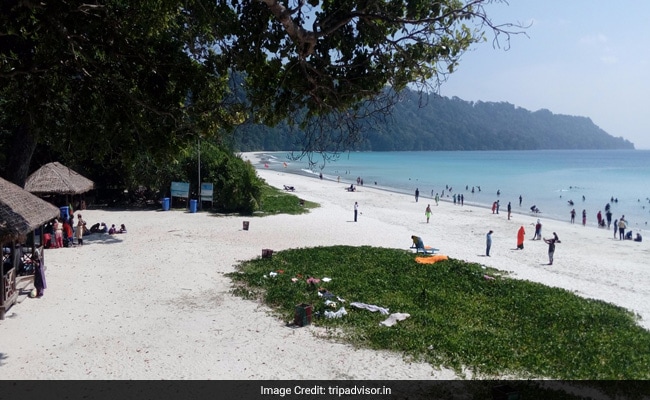 Two Indian beaches featured in top 10 Asia list with Radhanagar at No 1 and Agonda Beach in Goa at No 5.

Mumbai: Radhanagar on the Havelock Island in the Andamans has featured among the top 10 in TripAdvisor's 'World's Travellers' Choice Award-Winning Beaches'.

The Radhanagar beach has secured No 8 position in the world and first spot in Asia.

TripAdvisor has honoured 343 beaches, including the top 25 in the world and local lists for Africa, Asia, Australia, Caribbean, Central America, Europe, South America, the South Pacific, the UK and the US Award.

Winners were determined based on the quantity and quality of traveller reviews and ratings for beaches on TripAdvisor, gathered over a 12-month period.

"I am very excited to see an Indian beach making it to the top 10 in the world, which only goes on to show the spectacular beauty of nature that India has to offer, and how much this is being appreciated by global travellers,"

Also Read: At Up To Rs 70,000 Per Night, This Indian Hotel Rated Best In The World

The Baia do Sancho Fernando de Noronha in Brazil topped the list followed by Grace Bay Providenciales in Turks and Caicos, Eagle Beach in Aruba, Playa Paraiso Cayo Largo in
Cuba, Siesta Beach Siesta Key in the US, La Concha Beach in Spain and Playa Norte Isla Mujeres in Mexico.

Elafonissi Beach in Greece secured No 9 position and Galapagos Beach in Ecuador was at No 10 in the list.

Two Indian beaches featured in the top 10 Asia list with Radhanagar at No 1 and Agonda Beach in Goa at No 5.

Promoted
Listen to the latest songs, only on JioSaavn.com
White Beach in Philippines secured the No 2 position in the Asia list followed by Ngapali Beach in Myanmar, Nai Harn Beach in Phuket, Thailand.