After experiencing a revival of the economy in the previous financial year, growth momentum continued in the April-June period as well as the July-Sept quarter of the current financial year, according to a survey on manufacturing. 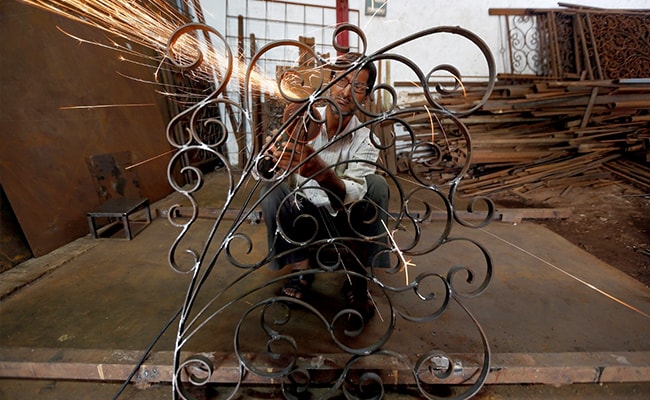 Over 61 per cent of respondents reported higher production levels in July-September.(Representational)

The growth momentum witnessed in the manufacturing sector in the last few months is likely to continue in the next six to nine months, according to a survey.

After experiencing a revival of the economy in the previous financial year, growth momentum continued in the April-June period as well as the July-Sept quarter of the current financial year, according to a survey on manufacturing by industry body Federation of Indian Chambers of Commerce And Industry(FICCI).

Over 61 per cent of respondents who participated in the survey reported higher production levels in July-September, it said.

"This is significantly more than the percentage of respondents experiencing higher growth in Q2 (July-September) of the last few years, including pre-Covid years too. This assessment is also reflected in order books as 54 per cent of the respondents in Q2 (July-Sept 2022-23) had a higher number of orders," FICCI said in a release.

The current average capacity utilisation in manufacturing is over 70 per cent, which reflects a sustained economic activity in the sector, the release said.

Close to 40 per cent of respondents reported plans for capacity additions in the next six months by as much as over 15 per cent on an average, which is a slight improvement compared to the previous quarters, Ficci said.

The outlook for exports looks positive as over 42 per cent of the respondents expected a high increase in exports in July-September as compared to the same period in the previous financial year.

"Hiring though positive, remains below potential as 36 per cent of the respondents were looking at hiring additional workforce in the next three months," the release said.

The average interest rate paid by the manufacturers decreased to 8.37 per cent from 9.3 per cent registered during last quarter. The highest rate at which loan has been raised is 13.5 percent. High lending rates were reported by around 62 per cent of the respondents, it said.