India's reserves, enough to cover roughly 18 months of imports, have been bolstered by a rare current-account surplus. 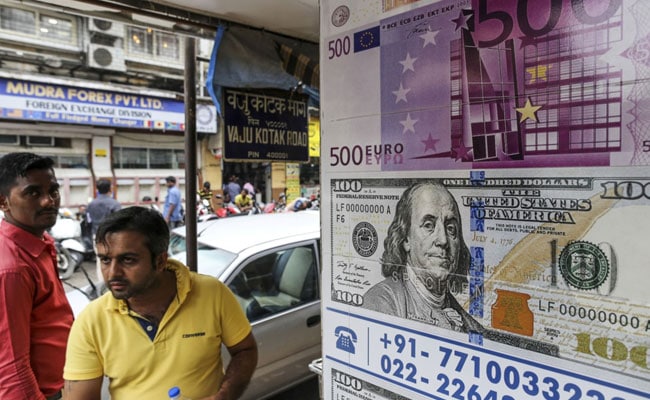 India's foreign-exchange reserves surpassed Russia's to become the world's fourth largest, as the South Asian nation's central bank continues to hoard dollars to cushion the economy against any sudden outflows.

Reserves for both countries have mostly flattened out this year after months of rapid increase. India pulled ahead as Russian holdings declined at a faster rate in recent weeks. 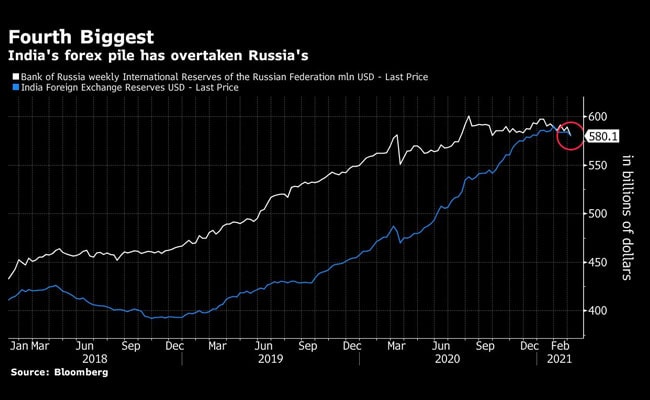 India's foreign currency holdings fell by $4.3 billion to $580.3 billion as of March 5, the Reserve Bank of India said on Friday, edging out Russia's $580.1 billion pile. China has the largest reserves, followed by Japan and Switzerland on the International Monetary Fund table.

India's reserves, enough to cover roughly 18 months of imports, have been bolstered by a rare current-account surplus, rising inflows into the local stock market and foreign direct investment.

Analysts say a strong reserves position gives foreign investors and credit rating companies added comfort that the government can meet its debt obligations despite a deteriorating fiscal outlook and the economy heading for its first full-year contraction in more than four decades.

"India's various reserves adequacy metrics have improved significantly, particularly in the last few years," Kaushik Das, chief India economist at Deutsche Bank, said before the latest data were released. "The healthy FX reserves position should give enough comfort to RBI for dealing with any potential external shock-driven capital-stop or outflows in the period ahead."

The RBI bought a net $88 billion in the spot forex market last year, central bank data show. That helped make the rupee the worst performer among Asia's major currencies last year and earned India a place on a U.S. Treasury watchlist for currency manipulation. The rupee strengthened about 0.1% on Monday to 72.71 per dollar.

A recent RBI report recommended further strengthening of foreign-exchange reserves, citing swings in the rupee around the time of the global taper tantrum in 2013. Governor Shaktikanta Das has said that emerging market central banks need to build reserves to prevent any external shocks, irrespective of being put on watch by the U.S.