Akshay Aiyer had asked the judge to sentence him to a term of probation with a period of home confinement. 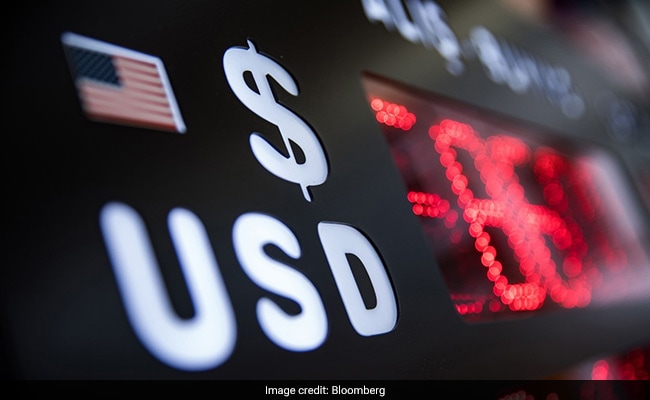 The sentence was lower than that sought by prosecutors

A former JPMorgan Chase & Co. trader was sentenced to eight months in prison for his role in a foreign-exchange bid-rigging scheme, the second person convicted at trial in a sweeping government crackdown.

Akshay Aiyer was sentenced Wednesday by U.S. District Judge John Koeltl in Manhattan. Aiyer was found guilty last November of conspiring with traders at other banks in chat rooms, on telephone calls and at social gatherings to coordinate bids and fix prices of African, European and Middle Eastern currencies while leading customers to believe they were competing with each other.

The sentence was lower than that sought by prosecutors and less than the two years given to the first person charged in the crackdown, Mark Johnson, a former head of foreign exchange at HSBC Holdings Plc. In addition to the prison term, Aiyer was also sentenced to two years of supervised release and a $150,000 fine.

The U.S. has gone after more than half a dozen traders, and banks around the world have paid more than $10 billion in penalties for misconduct in the currency markets since the crackdown began. Citigroup Inc., Barclays Plc, Royal Bank of Scotland Group Plc and JPMorgan Chase all pleaded guilty in 2015 to rigging currency exchange rates and agreed to pay about $2.5 billion to the Justice Department as part of a $5.8 billion settlement with regulators.

Aiyer's conviction was a victory for the government, which has a mixed record of prosecuting foreign-exchange traders.

Johnson was convicted in 2017 of front-running a $3.5 billion client order, but a U.K. court declined to extradite Johnson's underling, Stuart Scott, and three British traders accused of similar conduct were acquitted by a jury in New York in 2018. U.K. investigators dropped a criminal probe into individual traders after determining they didn't have enough evidence.

Aiyer, a native of India who worked at JPMorgan from 2006 until he was fired in 2015, had asked the judge to sentence him to a term of probation with a period of home confinement. His lawyers argued that he had no criminal history and was convicted of a crime in connection with conduct that was "widespread in the foreign-exchange industry."

Prosecutors had asked the judge to order Aiyer to spend as many as 46 months behind bars as recommended by federal sentencing guidelines, saying a prison term was necessary to "reflect his guilt of a serious crime." They argued that he and his co-conspirators worked to rig the market "in order to line their own pockets, with no regard for the victims they left in their wake," and that Aiyer had shown no remorse for his conduct.

"They rigged bids to customers and coordinated their trading in the interdealer market to push price in their favor, and to the disadvantage of others in the market," prosecutors said in a sentencing memorandum. "Each time they implemented their agreement, they positioned themselves to steal from pension funds, college savings funds, foundations, mutual funds and retirement accounts."

At his sentencing, Aiyer asked the judge to show compassion, saying he has suffered a lot over the last six years and that the experience has been the worst of his life. "I've lost my job, I've ruined my career," he said.

His attorney, Martin Klotz, said prosecutors overstated the impact of his trading activity at nearly $277 million, saying Aiyer himself likely gained only thousands of dollars and any profits to JPMorgan probably coming in under $1 million.

Prosecutors relied on testimony from two alleged conspirators, former Citigroup trader Christopher Cummins and ex-Barclays banker Jason Katz, who pleaded guilty and testified for the government. Defense lawyers argued that Cummins and Katz had been colluding with other traders for years before they even met Aiyer and were simply trying to avoid prison.