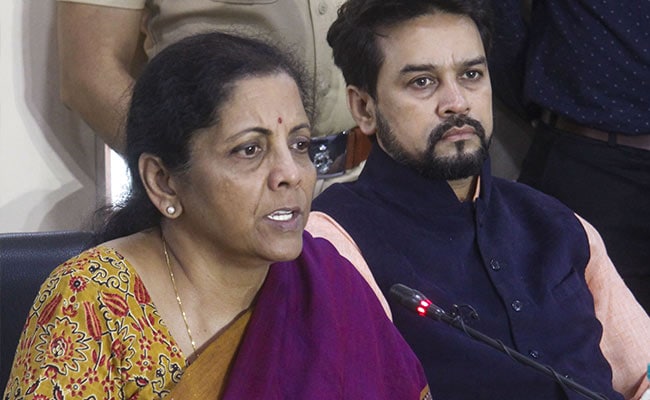 Nirmala Sitharaman that spending on infrastructure would be the government's priority.

Noting that consumption needs a boost, Finance Minister Nirmala Sitharaman on Thursday said that more measures to accelerate economic growth are in the pipeline and would be announced in the coming weeks.

She reiterated that spending on infrastructure would be the government's priority.

"We can front-load some public spending by the government," the minister said during a media briefing in Guwahati, where she is as part of her multi-city tour to interact with tax officials, trade and business.

Holding that the Narendra Modi government has been responsive and will come back with answers asked by the various groups, she cited the announcements made last Friday to boost economy by extending partial credit to NBFCs (non banking financial company) and measures to revive automobile sector.

Subsequently, the centre has eased FDI (foreign direct investment) rules in digital media, single brand retail, coal-mining and contract manufacturing. The government is expected to come with another set of measures to prop up the real estate sector.