India-Saudi Arabia fund should be given priority: Finance Minister 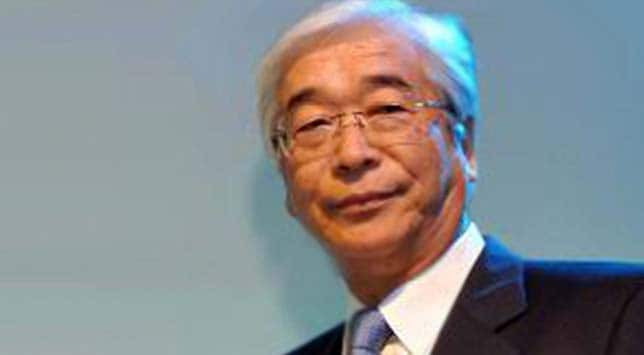 India on Thursday said that the proposed USD 750-million joint fund to be set up in cooperation with Saudi Arabia should focus on development of infrastructure and promote joint exploration and production of hydrocarbons.

"The proposed India-Saudi Arabia investment fund of USD 750 million to be jointly set up by Public Investment Fund, Saudi Arabia, and a counterpart Indian agency needs to be given high priority as it is mutually beneficial," Finance Minister Pranab Mukherjee said while addressing a high-level Saudi delegation.

He said the joint working group on hydrocarbons could explore mutually beneficial bilateral cooperation initiatives in this area.

He added that there was a need to widen scope of trade between the countries to services and sectors beyond oil-based
products.

"There is a great hope to expand our bilateral trade basket to include non-oil products and we need to mount a concerted effort to enlarge and widen our trade basket.

Equally important, we need to move into areas of investment and joint ventures. There is immense potential in increasing
our trade in services as well," he said.

He added that the rapidly-expanding Indian economy has a growing requirement of crude oil to sustain its development momentum and india would need Saudi Arabia's assistance to meet its energy needs.

"India would be happy to participate in the exploration and production activities with Saudi Arabia in our two countries and also in third countries. India has national plans to build refineries and petrochemical projects," he said.

Mukherjee also stressed on the need for a "memorandum of understanding on labour and employment keeping in view our large expatriate workfore in Saudi Arabia".

"India needs an investment of close to a trillion dollars in the next 5-7 years to build and expand its existing infrastructure to be able to sustain a GDP growth rate of 8-9 per cent," he added.

Earlier, in his meeting with Ficci, Saudi Arabia Commerce and Industry Minister Tawfeeq Bin Fouzan Al Rabea had said the country was eager to expand trade with India.

During the discussions, Saudi Arabia, which is home to a two million-strong Indian workforce, also asked the Indian government to relax visa rules to boost bilateral trade and investment.

According to industry officials, with economic troubles affecting the entire euro zone and the US economy giving uncertain indications, Saudi businesses are looking at India as an alternative investment and trade option.