Gross domestic product contracted 8.6 per cent in the quarter ended September, the Reserve Bank of India showed in its first ever published 'nowcast.' 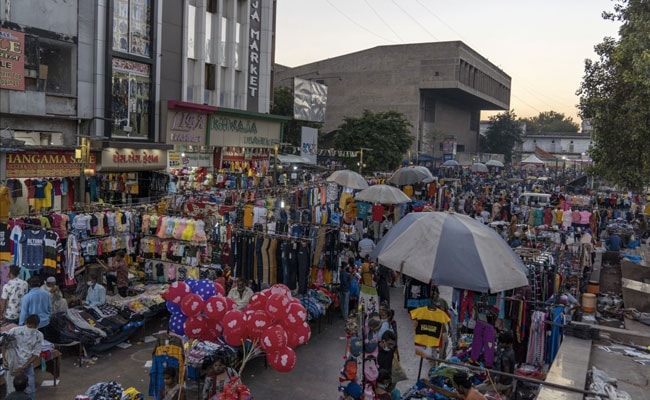 India's economy probably shrank for a second straight quarter, according to a team of economists including Michael Patra, the central bank's deputy governor in charge of monetary policy, pushing the country into an unprecedented recession.

Gross domestic product contracted 8.6 per cent in the quarter ended September, the Reserve Bank of India showed in its first ever published 'nowcast,' which is an estimate based on high-frequency data. The economy had slumped about 24 per cent in April to June.

"India has entered a technical recession in the first half of 2020-21 for the first time in its history," the authors wrote. The government is due to publish official statistics on November 27. 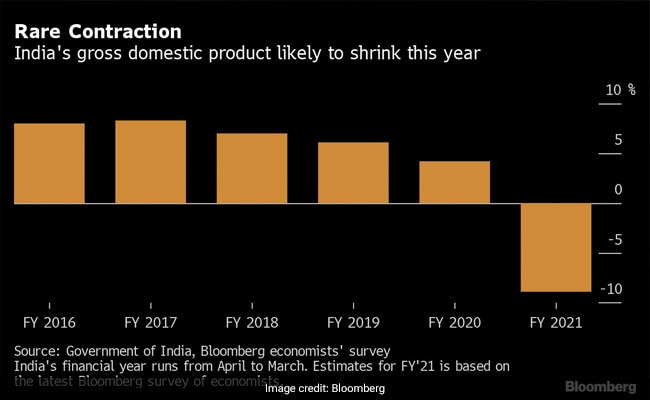 The Reserve Bank's number is buoyed by cost cuts at companies that boosted operating profits even as sales dipped. The team of authors also used a range of indicators from vehicle sales to flush banking liquidity to signal brightening prospects for October. If this upturn is sustained, the Indian economy will return to growth in the October-December quarter, earlier than projected by Governor Shaktikanta Das last month, when he pledged to keep monetary policy accommodative.

However, "there is a grave risk of generalization of price pressures, unanchoring of inflation expectations feeding into a loss of credibility in policy interventions," the team of economists wrote in the Reserve Bank's bulletin. They also highlighted risks to global growth from a second wave of coronavirus infections.

"Lurking around the corner is the third major risk -- stress intensifying among households and corporations that have been delayed but not mitigated, and could spill over into the financial sector," the economists concluded. "We live in challenging times."

Consumers cut back on spending as millions lost their jobs, preferring instead to squirrel away cash. Preliminary estimates presented in the central bank's bulletin showed a jump in household financial savings to 21.4 per cent of GDP in April-June, up from 7.9 per cent in the same period a year ago and 10% in January-March. The bulk of these savings are bank deposits.

“The trend of higher than usual household financial savings can persist for some time till the pandemic recedes and consumption levels get normalized,” the RBI's Sanjay Kumar Hansda, Anupam Prakash and Anand Prakash Ekka wrote, adding that this could taper as the virus curve flattens and economic activity revives.