"Focus On Demand And Supply Kept Inflation Under Control: KV Subramanian To NDTV

The economy rebounded in the July-September quarter of the financial year 2021-22 - surpassing the pre-Covid level, as GDP grew by 8.4 per cent from a year earlier, as per government data 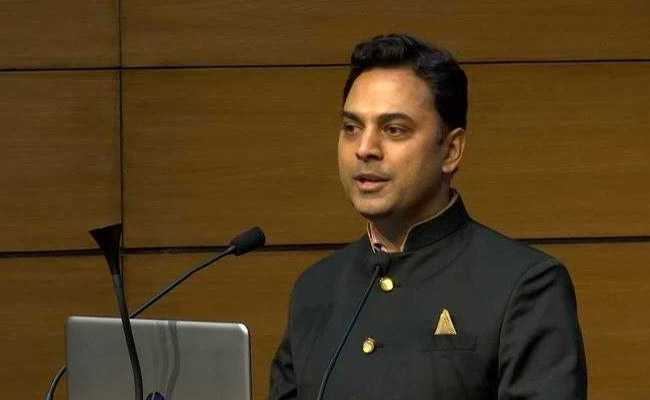 In the second quarter, India grew at the fastest pace among major economies

The country's policy focuses on both supply and demand which kept inflation under control, however, global inflation stems from an exclusive focus on the demand side, Krishnamurthy Venkata (KV) Subramanian, Chief Economic Advisor (CEA) told NDTV. ''India has strong macro fundamentals as the three most important parameters - inflation, current account deficit, and fiscal deficit are under control,'' said Mr KV Subramanian in an exclusive interview to NDTV today.

''India is one of the few major economies that has shown four consecutive quarters of growth, which is noteworthy in a once-in-a-century pandemic,'' said Mr Subramanian. The country registered growth in both third and fourth quarters of previous fiscal and in the first and second quarters of the current fiscal. "We can now consistently start seeing the country's gross domestic product (GDP) above the pre-pandemic level,'' he added.

The comments from the top economist comes a day after government data revealed that the economy rebounded in the July-September quarter of the financial year 2021-22 - surpassing the pre-Covid level as GDP grew by 8.4 per cent from a year earlier. The economy registered a record 20.1 per cent growth in the April-June quarter, despite the second wave of the pandemic in the country.

"India managed the second wave well on the economic side as the key restrictions were imposed at the state level, which resulted in high 20.1 per cent economic growth during the quarter", said Mr Subramanian. He added that just because of base effect, we should not take the GDP figures as ''not noteworthy''.

In the second quarter of current fiscal, India grew at the fastest pace among major economies, driven by growth in the mining, manufacturing, and construction sectors along with high consumer spending.

The manufacturing activity expanded 5.5 per cent and farm output rose 4.5 per cent during the September quarter, which boosted the recovery as lower interest rates lifted consumption and investments.

While briefing the media on Tuesday, the Chief Economic Adviser said India is expected to log double-digit growth in the current financial year, supported by growth in demand and a robust banking sector.