India's gross domestic product is forecast to grow at 7.4 per cent in the current fiscal year ending in March 2023, FICCI economic outlook survey. 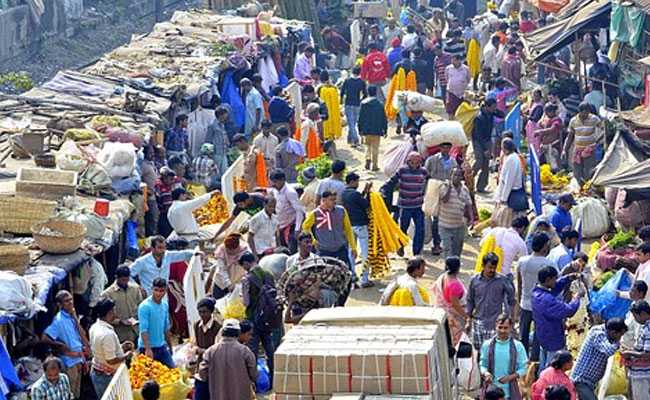 India's gross domestic product growth is forecast to expand at 7.4 per cent in the current fiscal year ending in March 2023, with the risk tilted more to the downside from the escalating Russia-Ukraine war, according to the FICCI economic outlook survey.

"The latest round of FICCI's Economic Outlook Survey puts forth an annual median GDP growth forecast for 2022-23 at 7.4 per cent - with a minimum and maximum growth estimate of 6.0 per cent and 7.8 per cent, respectively," noted the report.

"However, it may be noted that downside risks to growth remain escalated. While the threat from the pandemic remains on fore, the continuation of Russia -Ukraine conflict is posing a significant challenge to global recovery."

The hit to the global economy is still not completely clear as yet, and the survey showed, "the overall situation remains volatile, and outlook is uncertain with risks amplified to the downside. According to indicative estimates provided by the participants, global growth could slow down by 50-75 basis points – further moderating the prospects of post covid recovery."

When the world was hoping disruptions from the pandemic were in the rear-view mirror, Russia's invasion of Ukraine on February 24, the most significant since World War Two, has further thrown global supply chains into chaos, especially of commodities, with crude prices surging to multi-decade highs near $140 per barrel.

Although Brent crude prices have eased over the past week on supply boost hopes from the US, they have remained above $100 per barrel since Russia invaded Ukraine.

The survey showed, "rising international commodity prices are the biggest risk emanating from the ongoing conflict as Russia and Ukraine are global suppliers of key commodities. Prolonging this conflict will further hit supplies of major raw materials, including crude oil, natural gas, food, fertilisers, and metals. "The participants believed that inflation continues to be the most significant risk for India as well."

But the report added, "Nonetheless, participants opined that global inflation is likely to peak in the first half of 2022 and moderate after that. The easing in price levels in the second part of the year will be backed by a slowing Chinese economy and overall moderation in global growth momentum, waning pent up demand, and monetary policy normalisation/rate hikes by the United States Federal Reserve."

Furthermore, the economists in the survey said that private consumption had been the weakest link in the course of recovery.