India and China, which together account for a population exceeding 2.7 billion, are key markets for each other's firms. 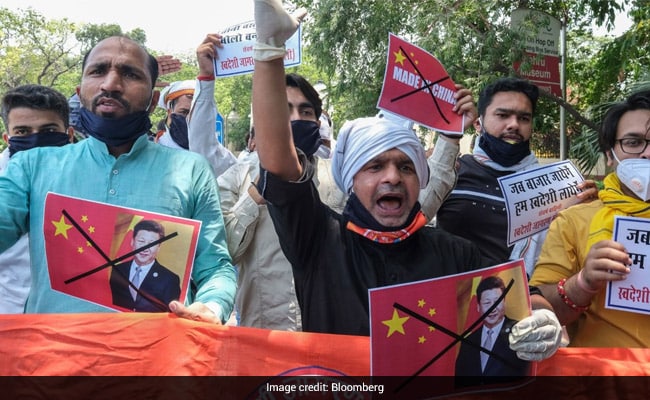 Demonstrators protest outside the Chinese Embassy in New Delhi on June 17, 2020

The first deadly face-off between Indian and Chinese troops in more than four decades adds another layer of uncertainty to companies already reeling from the coronavirus pandemic on both sides of the border.

The clashes that left 20 Indian soldiers dead, along with an unknown number of Chinese casualties, followed a seven-week military standoff between the two nuclear-armed powers. While India in a statement late Tuesday said it remains committed to peace on the border with China, an escalation risks disruption for firms from Alibaba Group Holding Ltd. and Xiaomi Corp. to Tata Motors Ltd. that have customers -- and investors -- in two of the world's biggest economies.

"A gamut of companies importing parts or capital from China will have to find alternative sources quickly if tensions escalate," said Aneesh Srivastava, chief investment officer at Star Health and Allied Insurance Co. "The makers of white goods, luggage bags, auto components and some of the e-commerce companies may have to rework their business strategy." 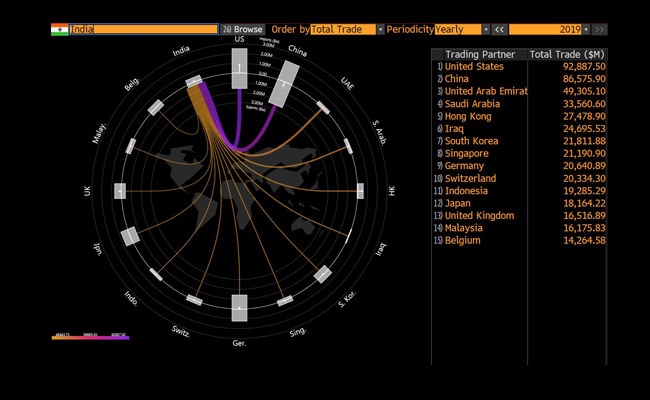 Swathes of Indian businesses that rely on raw materials from China suffered in the initial phase of the outbreak that shuttered plants that feed the global supply chain with all sorts of industrial parts. Another bout of disruption can further prolong a recovery in India's economy that's set for its first annual contraction in more than four decades this year.

For now, Indian equities and the currency are holding up as the Asian giants have a history of face-offs. They fought a war in 1962 over their 3,488 kilometer (2,167 mile) unmarked boundary. The challenge now is to de-escalate as the scale of the previous conflicts "was very small," according to Dai Ming, Shanghai-based fund manager at Hengsheng Asset Management Co.

"I don't think the tensions will affect Chinese firms' investments or businesses in India just yet," he said.
India and China, which together account for a population exceeding 2.7 billion, are key markets for each other's firms. Here are some companies that are seeking to expand their footprint in the two countries.

Alibaba operates data centers in India and its "UC Browser" is a popular mobile browser in India by page views, according to its prospectus in Hong Kong listing. Xiaomi, on the hand, was the top smartphone brand in India by shipments in the fourth quarter of 2019, with 29 per cent market share, according to its annual report.

Huawei Technologies Co., the Chinese wireless network giant blocked from selling its equipment in the U.S., got approval from the Indian government last year to provide 5G gear in the world's number two wireless market.

Tata Motors, parent of Jaguar Land Rover, this week said it's seeing the beginnings of a demand rebound in China as the world's second-largest economy opens up. The success of JLR is crucial for Tata, which is struggling with an Indian sales slump that began even before Covid-19 wiped out demand.

Rising tensions may dull China's appetite for India's e-commerce companies as they add to the recent change in policy that put Chinese investors on a list mandating prior clearance for all investments.

An escalation may undermine India's plan to exploit economic opportunities as governments from the U.S. to Europe, Japan and Australia move to cut dependence on China exposed by the pandemic.

Meantime, companies producing defense-related products may emerge as winners if the standoff prolongs.

In India, Zen Technologies Ltd., a designer of military simulators, jumped 1 per cent in a third day of gains on Thursday, while electronic communication product manufacturer Bharat Electronics Ltd. climbed for a second straight day.