The new tax structure is effective from April 1, 2019. New companies formed from Oct. 1 will attract a base tax rate of 15%, she said. 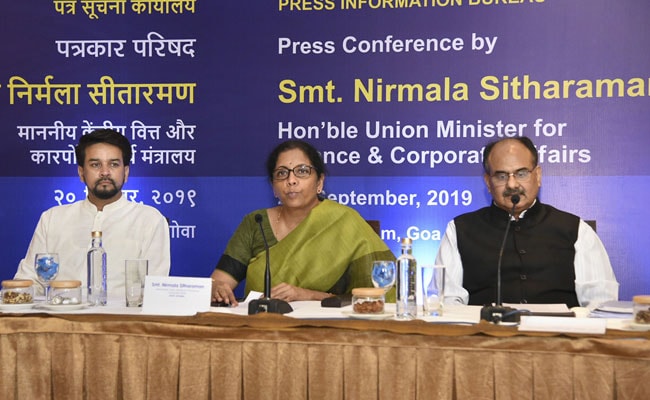 The new rate will be 25.2% including all additional levies and is applicable only for companies.

India cut tax on local businesses to one of the lowest rates in Asia, while providing a more than $20 billion boost to revive economic growth from a six-year low.

Tax on domestic companies will be lowered to 22% from a base rate of 30% currently, Finance Minister Nirmala Sitharaman said Friday. The effective new rate will be 25.2% including all additional levies and is applicable only for companies.

The new tax structure is effective from April 1, 2019. New companies formed from Oct. 1 will attract a base tax rate of 15%, she said.

The reduction in corporate tax rates follows a series of steps to boost demand and investments after growth slowed to 5% in the quarter ended June. The move puts India's tax rate on par with Asian peers and will boost efforts to attract investments as companies look for alternative destinations to sidestep supply chain disruptions from the U.S.-China trade war.

"In order to promote growth and investment, a new provision has been inserted in the Income Tax Act with effect from fiscal year 2019-20," Nirmala Sitharaman said, adding that the latest measure will cost the government 1.45 trillion rupees ($20.5 billion) in revenue.

The government had estimated tax revenue of 16.5 trillion rupees in the year to March. "We are conscious of the impact all this will have on our fiscal deficit," said Nirmala Sitharaman, who's targeted to narrow budget gap to 3.3% of gross domestic product this year.

Prime Minister Narendra Modi has been under pressure from industry groups and political opponents to use the fiscal space afforded to him last month by a more than $24 billion windfall from the Reserve Bank of India.