Headquartered at Jadavpur, where it all started in 2008 with a kitchen, two cooks and a table, Wow Momo Foods fully owns and operates 271 outlets. 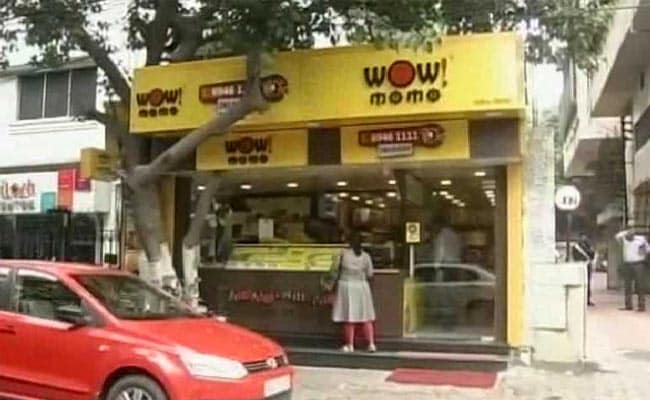 With 274 kiosks, small and medium size outlets and big eating joints spread over 13 cities that employ 2,200 people, their projected turnover by the current fiscal end would be around Rs 200 crore.

Mr Daryani and Mr Homagai now plan to come up with fully automated machines to prepare their delicacy, which would tumble out of conveyor belts beyond domestic shores.

That, in short, is the fascinating tale of the humble past, present growth and likely technology-driven future of the quick service restaurant chain Wow! Momo.

Headquartered at Jadavpur, where it all started in 2008 with a kitchen, two cooks and a table, Wow Momo Foods today fully owns and operates 271 outlets. The rest three in Kerala are franchises.

"We were both greenhorns in business, though Sagar's father had a shop. We were final year B.Com students. Before the results were out, we had launched our business. We thought it was worth taking the risk. If it doesn't work, we'd go for jobs," 34-year-old Binod Homagai, the company's Chief Operating Officer, told IANS.

"I'm a Nepali, we make momos at home. So we thought of this food because we could see the culture of momos developing in Kolkata," he added.

The first store opened in Gachhtala area of Tollygunge in Spencer's Retail hypermarket, where the momos were supplied from the base kitchen in Jadavpur.

"We ran an offer every 15 days -- buy three, get one free. The offer boosted the sales by 45 to 50 per cent, thereby covering the salaries of the two chefs," he said.

Impressed with their success, the hypermarket chain gave them another store. And very soon they got a third one in the swanky South City Mall, "which made us a brand".

From then on, there was no looking back. They were opening a store every month, and the speed accelerated as time went by. In 2011, Sagar Daryani and Binod Homagai decided to expand beyond Kolkata, by setting up a store in Bengaluru.

Till 2015, they had 44 stores and the only bank loan was of Rs 25 lakh. But that year, they roped in IAN, world's leading horizontal seed stage platform, to invest Rs 10 crore. "With that money we started building a good management team."

Mr Homagai was candid enough to admit neither he, nor Daryani -- the company Chief Executive Officer, had visualised in the early stages that their business would reach such levels so soon. On the contrary, they had to surmount hurdles every now and then.

"First, if your brand is not established, people don't want to come and work with you because they feel the future is uncertain. Then there were a lot of licencing and government policy issues. In every department we had to fight, and we learnt things the hard way," he said.

They also struggled in innovating and experimenting with new products, while having to take a call on the stalls in some locations not doing good business.

However, the biggest challenge came in 2011 when the Pollution Control Board closed down the Jadavpur unit as the company didn't have a pollution licence.

"But we didn't close down. We took a house on the Eastern Metropolitan Bypass. For at least three months our office was shifted there. We fought. We got the licence, and started again in Jadavpur," said Mr Homagai.

Through the tough times, the partners' key drivers were passion and the mental strength "not to leave anything easily and go all out in our fight to make it a success."

The West Bengal capital still continues to be the hub of their business, with over 100 stores, including around 15 in the Kolkata Metro stations.

Asked about the employment they have generated, he said: "We have 2,200 people working on payroll. Plus there are 700 vendors."

But what next? Do they have plans to become a listed company?

Homagai answered in the affirmative. "We'll close 2019-20 with near about Rs 200 crore. We have a five-year target to ramp up our turnover to Rs 1,000 crore. Once that happens, may be in six-seven years, we may opt for the IPO route."

As for carrying their footprint abroad, the company was talking to international franchises, in Bangladesh, Dubai in United Arab Emirates and some European nations.

But before venturing overseas, they want to make their company more technology-driven.

"We have our research and development team, which prepares the recipes that are followed in the kitchen. That has also helped in maintaining the product quality and standardisation.

"We use manual machines which do everything except folding of the momos. In one or two years, folding also can be done through machines. Also in the next couple of years, we may have automated machines with conveyor belts from which momos will be coming out," said Mr Homagai.

"If you go to foreign countries where labour cost is very high, if everything comes out of a machine, it will be easier," he added.

The company's R&D team is also working on preparing momos with a shelf-life of 90 days. As for product innovation, the company has come up with 14 varieties of momos, which Mr Homagai calls "Indianisation of the Tibetan momos".

"We have burger momos, dessert momos, chocolcate momos, and even chicken and cheese momo, which will melt in your mouth," he added.