The US Fed has officially said a pause in rate hikes is out of the question. Indias central bank is following their footsteps. 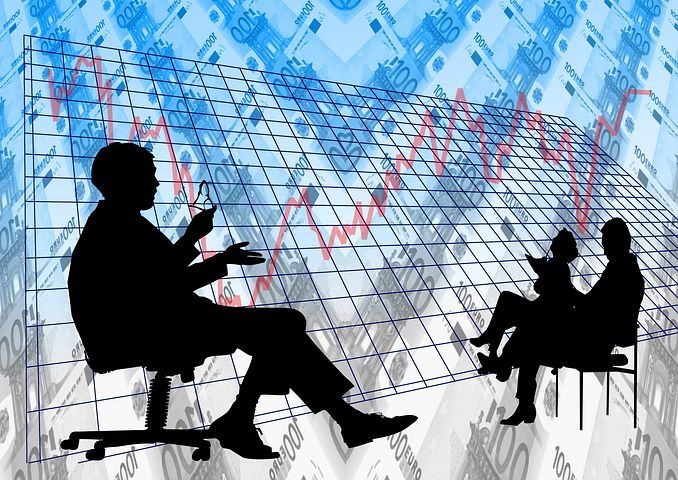 What is the Reserve Bank of India (RBI) doing as inflation bells get louder?

A recent headline read – Jerome Powell is going to do whatever it takes to stamp out inflation, even if that means causing a recession.

The chairman of US Federal Reserve, Powell, has not shied away in signaling more interest rate hikes in the coming months.

Speculations are about a 50 basis-point hike at the September meeting.

With the rate hike in the US, what will happen in India?

What is the Reserve Bank of India (RBI) doing as inflation bells get louder? Well, India's rising inflation data may prompt the RBI to raise interest rates.

As the US Fed has officially said that a pause in rate hike is out of the question until they see evidence of inflation easing, the RBI is expected to follow their footsteps.

And that is precisely what RBI governor Shaktikanta Das has done. The RBI has increased the repo rate by 90 basis points since May 2022, including a half-point hike in June 2022.

This week again, the RBI held its MPC meeting between 3-5 August and a decision on rate hike was released today. Everyone knew a rate hike was on the cards.

The repo rate is the interest rate at which the RBI lends short-term funds to banks.

The RBI governor said that they decided to focus on withdrawal of accommodation to keep inflation within target while supporting growth.

He noted that the financial market has remained uneasy despite intermediate corrections, however, India is expected to be among the fastest-growing economy in the world.

For the stock markets, this meeting isn't just a quarterly or monthly accounting exercise. It's an important event.

If the market views the RBI's decision positively, stocks will rise, at least in the short term. All thoughts of a correction will be forgotten.

But if the markets don't like outcome and the guidance that Shaktikanta Das gives in his speech, for whatever reason, there will be a bloodbath on Dalal Street.

For better understanding, let's discuss the impact of a repo rate hike on the stock market.

The first thing to happen post a repo rate hike is interest rates start to go up. Last month, central banks around the world opted for a rate hike which basically means higher interest rates.

The repo rate hike means higher EMIs for new loans and extended tenures for existing floating rate loans. When the repo rate increases, the cost of borrowing for banks also increases, which is passed to their account holders by increasing the interest rate on loans and deposit rates.

Borrowing rates for corporates also goes up as a result. As the interest costs go up, an immediate impact is seen on the home loans and EMIs. Banks have their lending rates linked to the RBI repo rate.

As interest rates rise, it makes borrowing money from a bank not so attractive. This slows down the investment and money supply in the market.

Your purchasing power comes down which will lead to slow demand. You will think twice before buying luxury items.

But as your purchasing power comes down, you spend less which helps in controlling inflation.

Profitability Goes Down but…

The stock market and the interest rates have an inverse relationship. Every time the RBI raises repo rate, an immediate impact is seen on the stock markets.

A rate hike between 35-50 bps was expected and RBI governor raised repo rates within the set expectations.

Markets cheered this news. RBI governor's comments on inflation forecast and it will stay within the comfort band in the fourth quarter, added to the sentiment.

Now, what usually happens here is the hike in repo rate prompts companies to cut back on the spending. Their expansion plans get affected as higher interest rates can bring down high debt companies.

This in turn leads to a slowdown in growth of the company which takes a toll on its revenues and profits.

As growth plans get postponed, the sentiment too goes down and the lucrativeness of investing in the stock market gets impacted.

Sectors which are highly capital intensive, capital goods, real estate and infrastructure, to name a few, get the most affected by this. Companies in these sectors usually require substantial capital and have a lot of debt on their books.

FMCG sector or the non-discretionary products sector performs better as these companies increase their product prices as raw material prices rise. They don't just raise the rates but also reduce the pack sizes, a term known as shrinkflation.

What About Fixed Income Securities?

By raising the rates, the RBI is basically encouraging people to invest in bonds, fixed deposits, and other fixed income instruments which generates business, and it pushes up the GDP growth rate of that country.

Mutual funds offer dual benefits as they deliver returns both from the interest received on bonds they own and gains on bond prices. Investors opt for debt funds that invest in very short-term bonds of less than a year.

In a rate hike scenario, long-term G-Sec funds should be on your watchlist.

Government securities respond very quickly to inflation and rate hikes. If past year's data is to be considered, G-secs have outperformed bank FDs and post office schemes.

The RBI last year via its 'Retail Direct Scheme' has opened a new investment opportunity for retail investors. They can now invest directly in G-secs for wealth preservation through the 'Retail Direct Gilt Account'.

When you are structuring the portfolio, you need to actively track the interest rate direction and accordingly decide the maturity period for G-secs to buy.

Ideally, the maturity period of the securities should be picked based on their cash-flow requirements and coupon expectations.

So if interest rates are higher than the inflation, there is an incentive for a fixed income saver to invest money into the fixed income avenue and thereby provide capital to where it is needed most.

The era of easy money has come to an end. The focus of central banks has now shifted to fighting inflation. The impact of rate hikes has already been felt across asset classes in the past few months. A good example is the crypto crash.

The market has realised that to fight inflation effectively, rate hikes will likely be front loaded i.e. big hikes will be taken first and smaller hikes will come later.

This has led to interest rates going up across the board from bank FDs to government bonds. As rates go higher, investors will move funds out of equity and into fixed income assets.