Hopeful Of Moratorium Being Lifted This Week: Yes Bank Administrator

"We are hopeful that we will be able to work around, where the moratorium will be lifted by this weekend," the administrator said. 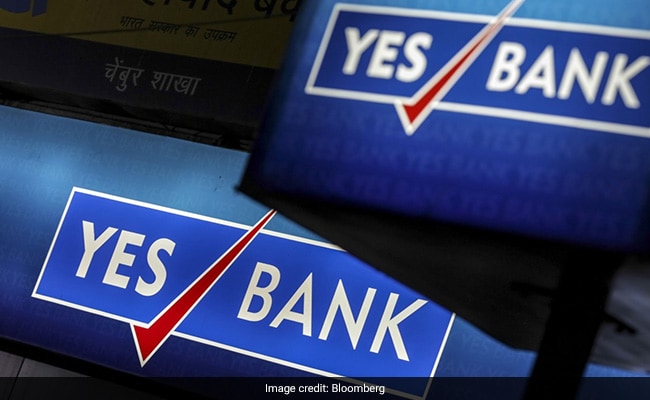 In what may calm harried depositors of Yes Bank, its administrator Prashant Kumar on Monday said he is hopeful of the moratorium on the private sector lender being lifted by Saturday. Merging Yes Bank with itself will have a "negative impact" on SBI, and an independently running institution should continue to do so after some help, Kumar, the former chief financial officer of SBI, said, dismissing speculation of an amalgamation.

In an interview to PTI, he also said that life insurance behemoth LIC was never approached for infusing capital and is not part of the plan now as well. Kumar was installed as the administrator of the bank by the Reserve Bank of India last Thursday, after the central bank superseded Yes Bank''s board as it found that there was no headway in capital raising plans.

"We are hopeful that we will be able to work around, where the moratorium will be lifted by this weekend," he said, making it clear that moratorium lift-off and the capital raising plans are "unconnected".

"The trigger (for the lift-off of moratorium) will be approval of final (resolution) plan by RBI," he said, adding that work on fund raising is on in parallel.

On the capital raising, where there are reports of the bank needing at least Rs 20,000 crore to spring back to normalcy, he declined to give an estimate of the requirement but said it would like for most of the fund raising to happen in the first round itself.

"As of now, we are expecting that most of our capital requirement will be met initially itself. It may or may not happen. Definitely our plan is that we should complete the (entire) capital raising requirement before declaration of annual results, which is May 31, 2020," he said.

Kumar said it is possible that depositors may make a beeline to withdraw or transfer their deposits out of the bank once the moratorum is lifted and added that while there is no case for the depositors to act this way, Yes Bank has commitments from both the RBI and SBI to help with liquidity.

The bank is on track to come out with the results for December quarter on Saturday, he said, listing the preparation of the accounts as among his top priorities right now along with calming depositors and capital raising.

"The results on 14th will give complete picture on what is the position as of now, how much more impact will be there in the future because of our stressed book and what will be the requirement (of capital)," Kumar said.

When asked if a forensic audit of the books by a third party is required to have a better picture, he replied in the negative.

"Not required absolutely. It is not a question of restating at all...if in your balance sheet, you come out clean, then where is the issue?" Kumar questioned.

He also said that the moratorium-followed by SBI-led restructuring was the best that the government and the RBI could do, given the circumstances and underlined that a plan to merge is not advisable.
"Merger is not something which is good. Merger means a negative impact on SBI... instead of merger, you can always support to see that these institutions (are) run independently," he said, adding this is a "strategic investment" for SBI.

Kumar said in the case of Global Trust Bank case, which is cited often, it was a merger which could be directly carried out, whereas the rules under the Banking Regulation Act make it necessary for a bank to go into a moratorium first before a restructuring can be carried out.

On the reports of LIC being involved in the plan, he said, "We are not looking at LIC. But if they want to come, they are most welcome. These are all rumours or some stories. Right from the beginning, LIC was not there at all".

When asked if he expects legal challenges to the restructuring plan, given that the AT-1 bond holders have threatened to move courts, he said the investors were given a higher premium against the risk of losing all the money in case of an event.

Refusing to disclose what role he will be playing once the moratorium is lifted, Kumar also welcomed the role played by the employees over the last few days and assured that he will speak to them directly as the days progress.

Depositors'' money is absolutely secure and they should not panic, he appealed, adding that they should not think of moving it into any other firm, asserting the bank will "come out more stronger".

Bank Of Baroda Rolls Back Charges After Public Outcry