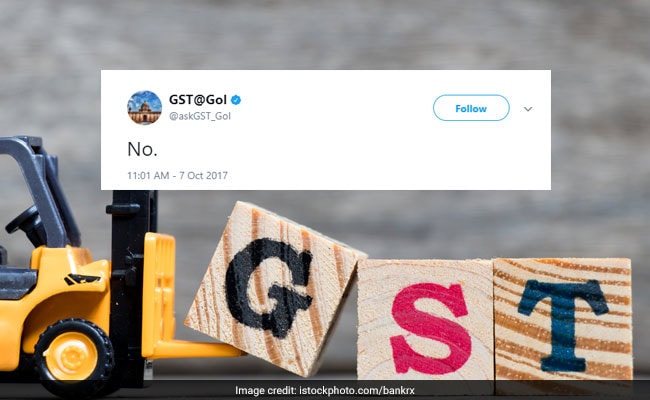 The GST Council on Wednesday resorted to voting for the first time to decide on an issue as it fixed a uniform tax rate of 28 per cent on both state and private lotteries. Decisions in the previous 37 meetings of the GST Council, headed by the Union Finance Minister and comprising representatives of all states and UTs, had been taken unanimously.

These included fixing of tax rates on dozens of goods and services, but never had voting been done to decide on any issue in two-and-a-half years of its existence. However, when the issue of levy of GST on lottery came up at the 38th meeting of the Council, consensus remained elusive, which led to a vote being taken to decide on the issue.

Briefing reporters after the meeting of the Council, Revenue Secretary Ajay Bhushan Pandey said the new rate for lottery will come into effect from March 2020. The Council meeting, chaired by Finance Minister Nirmala Sitharaman, also rationalised tax rate on woven and non-woven bags to 18 per cent, he said, adding exemption has been given on long-term lease for industrial plots to facilitate setting up of industrial parks.

"The Council also considered the rate of GST rate on woven and non-woven bags and sacks of polyethylene or polypropylene strips or the like, whether or not laminated, of a kind used for packing of goods in view of the requests received post the changes recommended on such goods in last meeting," Pandey said.

It was recommended to raise the GST to a uniform rate of 18 per cent from 12 per cent on all such bags falling under HS 3923/6305 including Flexible Intermediate Bulk Containers (FIBC), he said, adding this change shall become effective from January 1, 2020.

The panel also relaxed levy of penalty for non-filing of GSTR-1 from July 2017, he said. "It also decided to exempt upfront amount payable for long-term lease of industrial/financial infrastructure plots by an entity having 20 per cent or more ownership of Central or state government...This change shall become effective from January 1, 2020," he said.

Presently, the exemption is available to an entity having 50 per cent or more ownership of Central or state government. Briefing some other procedural changes, the Revenue Secretary said Grievance Redressal Committees (GRC) will be constituted at zonal/state levels with both CGST and SGST officers and including representatives of trade and industry and other GST stakeholders. These committees will address grievances of specific/ general nature of taxpayers at the zonal/ state level, he said.

To check the menace of fake invoices, suitable action will be taken for blocking of fraudulently availed input tax credit in certain situations, he said. Due date of filing GST returns for the month of November 2019 will be extended in respect of a few North Eastern states, he said, adding the Council also approved various law amendments which will be introduced in Budget 2020.

A presentation was made to the 38th GST Council on the issue of revenue, GST rate structure and compensation needs of the states. Before the presentation, the Convenor of GoM on revenue augmentation Sushil Kumar Modi, Deputy Chief Minister of Bihar, made opening remarks about the revenue position and future roadmap.

Addressing media after the five-hour long meeting, Nirmala Sitharaman said the presentation made was based on discussions in the Committee of officers of state and centre on revenue augmentation.

"They have just come up with one first shot of data since the time GST has been implemented till today and based on different options of if the growth rate is this or if the growth rate (is) something else, how will it be and gave a first picture and the Council and the ministers agreed that on this, they (will) mull over for some time and then come back," she said.

So this was the first presentation, which is a preliminary presentation, with the no indirect or direct suggestion on rate increase or rate reduction, she said.

"It was matter of fact presentation of data and data alone and based on that some projection on revenue collection and on compensation cess collection. And that's about it. I hope that's clear," she added.

A constructive discussion followed the presentation which covered a wide range of issues such as measures for encouraging voluntary compliance, expanding tax base, measures to improve return filing and tax collection and rate rationalisation.

Automation measures such as e-invoice, new return system, QR code on bills were also discussed. To exchange knowledge about best practices of tax administration, Uttar Pradesh and UT of Jammu and Kashmir made presentation on their efforts to improve GST collection, as in the recent past they have shown a healthy growth in compliance.

GST Council gave necessary guidance on further analysis regarding exemption and concession impact analysis, tax base analysis, sensitivity analysis and compliance measures needed to keep pace with revenue needs. The Council also directed for expeditious implementation of IT and other initiatives.