Future Consumer Ltd., one of Biyani's biggest listed companies, has tumbled 65 per cent this year and touched a more than five-year low on Friday. 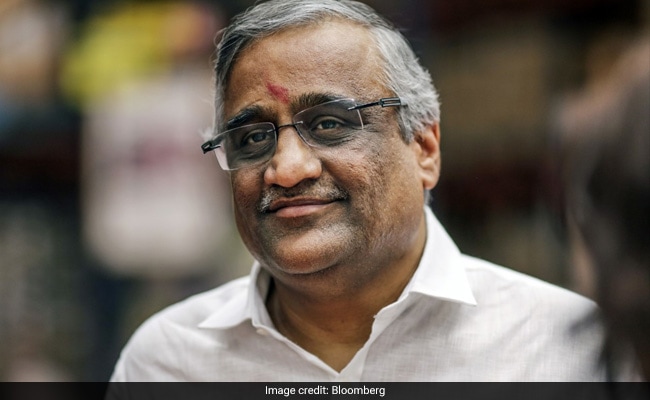 Confined to his home in an upscale corner of Mumbai, Kishore Biyani is scrambling to maintain control of his supermarket empire in more ways than one.

The founder of Future Group -- which is backed by both Amazon.com Inc. and Blackstone Group Inc. -- has set up a virtual war room practically overnight to ensure his vast chain of grocery stores has enough food and essentials for a nation under lockdown, according to a person familiar with the matter.

At the same time, Mr Biyani has held more than two dozen calls with investors as he tries to prevent shares of his companies from tumbling to levels that would allow lenders to seize control of his holdings. He hopes to find a solution over the weekend, which may include capital injections or asset sales, the person said. Future Consumer Ltd., one of Mr Biyani's biggest listed companies, has tumbled 65 per cent this year and touched a more than five-year low on Friday. 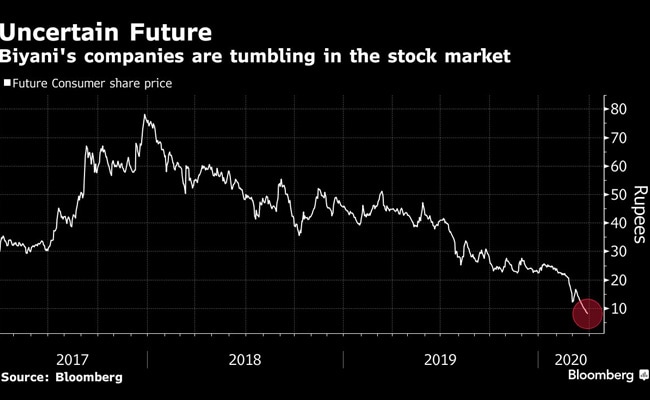 The tycoon's two-front battle illustrates the challenges faced by many companies after Prime Minister Narendra Modi announced a 21-day lockdown to fight the coronavirus. With operations upended by the restrictions, businesses are grappling with official appeals to aid in the world's biggest isolation effort while attempting to stall what PM Modi's own adviser has called "waves of default" as cash flows dry up.

Their predicament is one reason why the Reserve Bank of India cut interest rates and announced steps to boost liquidity in an unscheduled move on Friday. All banks and shadow lenders were allowed a three-month moratorium on repayment of term loans outstanding on March 1, RBI Governor Shaktikanta Das said.

Future Group, set up in 1996, runs India's second-largest retail chain by revenue, with more 1,300 stores across the country. Mr Biyani bet big on India's consumption story by piling on debt backed by shares of his companies, and kept margins thin to cater to the nation's cost-conscious population and lure them away from smaller mom-and-pop stores.

He also partnered with Amazon, which invested $193 million in Future Group between April and December through a mix of debt, equity and other assets, according to REDD Intelligence. Blackstone, the world's largest alternative asset manager, invested about $236 million during the same period. Future Group had $1.6 billion debt as of March 2019, 80 per cent of which was held by private equity firms, 13 per cent by Indian shadow lenders, and the rest by banks, REDD estimates.

The Biyani family's shareholding has lost more than half its value over the past year, and almost 80 per cent of their stake is pledged, REDD analyst Janvi Sanghvi wrote in a March 19 report, citing company filings.

Crisil, the local unit of S&P Global Ratings, on Tuesday placed Future Consumer's Rs 100 crore ($13 million) of commercial paper on review for downgrade, saying the Covid-19 pandemic will disrupt operations and increase the financial risk profiles of retail outlets. While Crisil noted that shares have been under pressure, it said a majority of the equity-backed loans were held by "large foreign institutional investors, which continue to be associated and aligned with the management and the group's growth strategy."

Mr Biyani, whose net worth was valued at $1.8 billion by Forbes in 2019, is counting on these creditors to help structure a deal, said the person familiar with the talks. 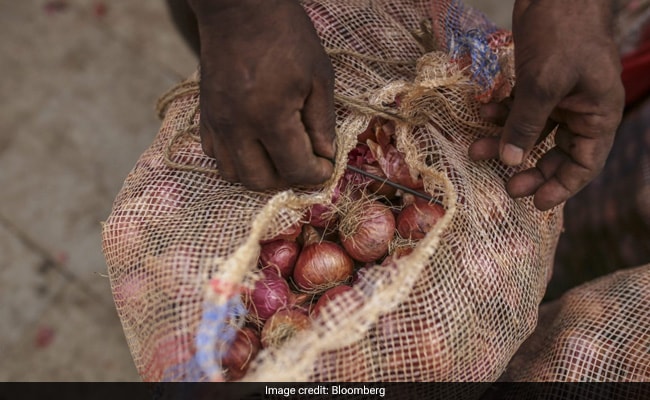 Future Group's stores and warehouses are operating with only half their usual staff as employees struggle to reach their workplaces, the person said, adding that inventories could run perilously low if supply chain issues aren't resolved. Essential services, like food supplies, are exempt from the lockdown.

Share declines in Mr Biyani's companies on Friday underscored the urgency of the situation. Future Consumer tumbled for the 15th straight day, losing as much as 8.3 per cent. Future Retail Ltd. and Future Lifestyle Fashions Ltd. both sank 5 per cent.

The virus outbreak "is a big blow for highly leveraged groups and those that have pledged shares," said Chokkalingam G, head of investment advisory at Equinomics Research & Advisory Pvt. in Mumbai, without naming any specific business. "It will be a tough task to manage liabilities in the current crisis."