Bullion has on occasion moved in tandem with stock markets this year, with recent sharp sell-offs prompting investors to sell precious metals to cover their losses elsewhere. 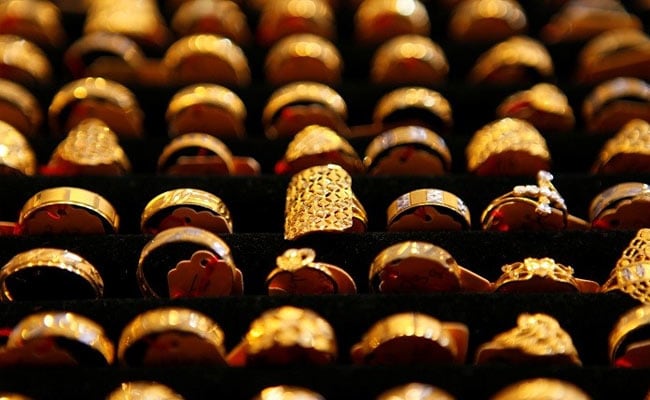 Making gold costlier for investors holding other currencies was the dollar, which rose against key rivals

Gold prices fell on Tuesday due to a stronger dollar, but losses were capped by reduced appetite for risk after US crude oil futures plunged below zero for the first time in history in the previous session.

"There's a bit of a tug of war between gold and the dollar at the moment," IG Markets analyst Kyle Rodda said.

"Gold started to decouple from equities again. We've seen a pullback in stocks and it has provided that support for safe havens and a part of that is leading to higher gold and bond prices, and a higher dollar."

Bullion has on occasion moved in tandem with stock markets this year, with recent sharp sell-offs prompting investors to sell precious metals to cover their losses elsewhere.

Asian equity markets followed Wall Street lower as the historic crash in US crude prices on Monday spooked investors, even though futures for May delivery of West Texas Intermediate bounced back into positive territory on Tuesday.

Continued risks from the oil market could "provide some level of support for gold as a surge for safety will be put into hyperdrive," IG's Mr Rodda said.

However, gold is also used as a hedge against oil-led inflation and a fall in crude prices increases deflationary pressures in the market.

In the longer term, "falling oil price is disinflationary and thus weighs on gold as one of many factors. (But) gold went up last night as the meltdown in oil inspired safe-haven buying", said Jeffrey Halley, senior market analyst at OANDA.

Gold prices are expected to consolidate below recent highs during 2020 and 2021 as increased demand from investors for the safe-haven asset is offset by dollar strength and weak retail consumption, according to a poll by news agency Reuters.

Analysts and traders, meanwhile, raised their forecasts for palladium prices, predicting the metal will remain undersupplied even as the virus outbreak hammers auto makers, reducing demand, a Reuters poll showed.