In terms of value, the gold demand fell by 8 per cent to Rs 31,800 crore, as per the World Gold Council (WGC) data 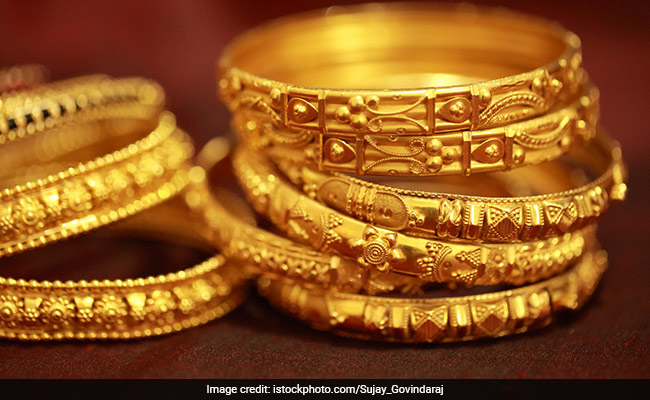 "The decline in demand can be attributed to a number of reasons, including the rising local gold prices, a substantial drop in the number of auspicious wedding days during the period compared to the previous year, and anticipation of an import duty cut in the Union Budget," WGC, India, managing director P R Somasundaram told PTI here.

"The transition to GST, especially by the unorganised sector, also affected demand to a certain extent," he said. Also, the trade sentiment was subdued following the (PNB) bank scam, which continued till 'Akshaya Tritiya', he added. The jewellery demand in India for the first quarter dipped by 12 per cent to 87.7 tonne, compared to 99.2 tonne in the same period of 2017. In value terms, the jewellery demand during the period dropped by 7 per cent to Rs 24,130 crore, from Rs 26,050 crore in the corresponding period last year.

The total investment demand for January-March was down by 13 per cent at 27.9 tonne against 32 tonne in the same quarter last year. In value terms, the gold investment demand in the first quarter of this year was Rs 7,660 crore, a fall of 9 percent from same period of 2017, which stood at Rs 8,390 crore. The total gold recycled in India also declined by 3 per cent during the first quarter of 2018, to 14.1 tonne from14.5 tonne in the same period of 2017.

"The first quarter in India is not naturally a dynamic period for gold as people usually settle their other financial commitments for tax purposes. Moreover, there was also no catalyst like duty cut to trigger demand," Somasundaram said. Meanwhile, the gold imports declined by 50 per cent in the first quarter of this year to 153 tonne compared to 260 tonne in the same period last year.

Promoted
Listen to the latest songs, only on JioSaavn.com
"The imports declined mainly on account of subdued consumer demand, down stocking following the GST transitional period and also on expectations of duty cut in budget," he added. Asked about imports this year, Somasundaram said the gold shipment into the country is likely to be on similar lines with demand. For the full year of 2018, he said, the gold demand in India is expected to be in the range of 700"800 tonne. "We are positive about the gold demand going forward due to expectation of better monsoon, higher rural income and overall GDP growth. The compliance standard is growing and in the long run its going to be positive and transform the industry," he said.