Adani Airport Holdings took over the management control of the Mumbai International Airport from the GVK group today to become the country's largest airport infrastructure company. 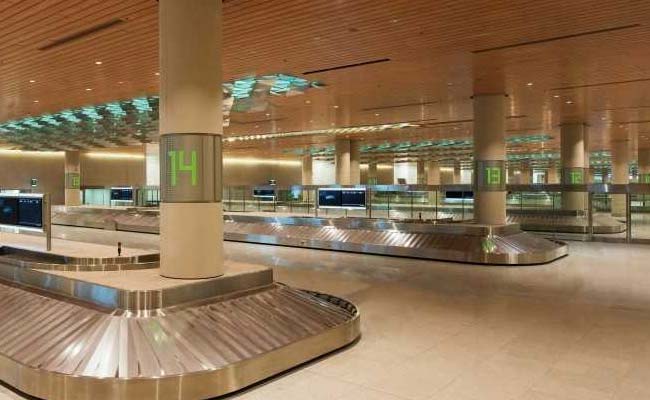 Billionaire Gautam Adani-led Adani Airport Holdings took over the management control of the Mumbai International Airport from the GVK group to become the country's largest airport infrastructure company. With the current take over,  Adani Airport Holdings Limited - a wholly-owned subsidiary of the multinational conglomerate Adani Enterprises Limited, now accounts for 25 per cent of airport footfalls, having a total of eight airports in its management and development portfolio, and will also have control of 33 per cent of the country's air cargo traffic. (Also Read: "Twisted Narrative": Gautam Adani On What Led To Last Month's Stock Crash )

We are delighted to take over management of the world class Mumbai International Airport. We promise to make Mumbai proud. The Adani Group will build an airport ecosystem of the future for business, leisure and entertainment. We will create thousands of new local jobs.

This comes after the Mumbai International Airport Limited's board meeting held earlier today and follows approvals received from the central government, Maharashtra government, as well as the City and Industrial Development Corporation (CIDCO) of Maharashtra, according to a statement shared by the Adani Group.

The addition of the country's second busiest airport by both passenger and cargo traffic to the Adani Group's portfolio and the operationalization of the greenfield Navi Mumbai International Airport Limited will enable the infrastructure conglomerate to interlink its B2B and B2C business.

The Adani Group will begin the construction of the Navi Mumbai International Airport next month and complete the financial closure in the next 90 days, and the airport will be commissioned in 2024.

"Our airport expansion strategy is intended to help converge our nation's tier 1 cities with the tier 2 and tier 3 cities in a hub and spoke model. This is fundamental to enabling a greater equalization of India's urban–rural divide, as well as making international travel seamless and smooth,'' said Mr Gautam Adani, Chairman, Adani Group.

Adani Aiport Holdings, which took over the operations of Lucknow, Ahmedabad, and Mangaluru airport in 2020, aims to develop next-generation airport-centric ecosystems to catalyse the aviation-linked businesses.

It won the mandate to operate and modernise six airports- Lucknow, Ahmedabad, Mangaluru, Guwahati, Jaipur, and Thiruvananthapuram, for a period of 50 years through a globally competitive tendering process conducted by the Airports Authority of India.