From Amitabh Bachchan To Shah Rukh Khan, This Firm Has 27 Bollywood Actors As Brand Ambassadors

About 17.5 per cent of Emami's total revenue was spent on brand building in 2016-17, unlike other FMCG makers which had pruned their ad campaigns following demonetisation. 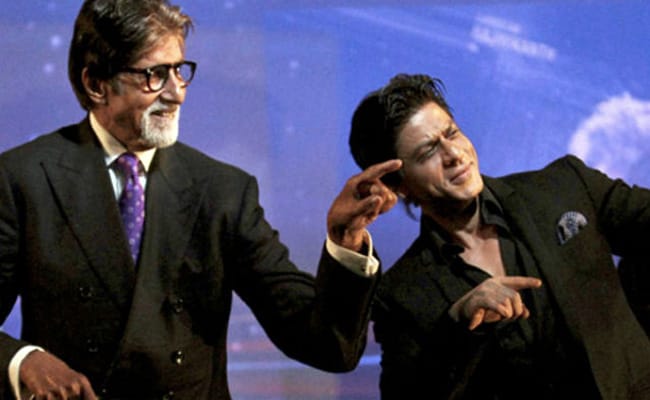 New Delhi: FMCG major Emami spent Rs 443 crore on advertising and promotions last fiscal despite demonetisation, with over 27 brand ambassadors from Bollywood icons Amitabh Bachchan and Shah Rukh Khan to sports celebs endorsing its products. About 17.5 per cent of Emami's total revenue was spent on brand building in 2016-17, unlike other FMCG makers which had pruned their ad campaigns following demonetisation. The Kolkata-based company is one of the highest spenders on advertising in its category. Emami products include Navratna Cool Talc, Navratna Oil, Kesh King, Boro Plus, Fair And Handsome and Zandu Balm.

"Despite Demonetisation when consumer offtake moderated, the company invested Rs 443 crore in FY 2016-17 compared with Rs 430 crore in FY 2015-16," Emami said in its annual report.

In a sudden move, the government last November demonetised high-value Rs 500 and Rs 1,000 notes, withdrawing at one stroke about 86 per cent of the total currency in circulation and leading to huge cash crunch across all sectors of the economy.

The company presently has a strong line of personalities from entertainment and sports world which includes Bollywood icons as Amitabh Bachchan and Shah Rukh Khan.

"Emami is one of the highest spenders on advertising and promotion in its category," the company said.

"Even as one would presume that the approach to advertising and promotion by most companies follows an established templates, Emami has walked the road less travelled," it said.

Besides traditional ATL and BTL, the company is also now spending on the digital platforms to get in touch with the new generation.

"With an increasing number of consumers trending on the internet, Emami enhanced its social media presence. The company customised digital campaign around different product," the company said.

Emami is also taking the help of its analytic team in this regard.

Besides the domestic market, Emami also spend in the global markets on advertising and promotions.

Promoted
Listen to the latest songs, only on JioSaavn.com
Emami's international business accounted for more than 11 per cent of its revenue in 2016-17.

Emami was the first to engage in 'in-film' advertising in 1980s through the film 'Agar Tum Na Hote' starring Rajesh Khanna and Rekha.