India's forex reserves fell by $7.5 billion as the RBI is using its war chest to limit the sharp decline and 'jerky movements' in the rupee. 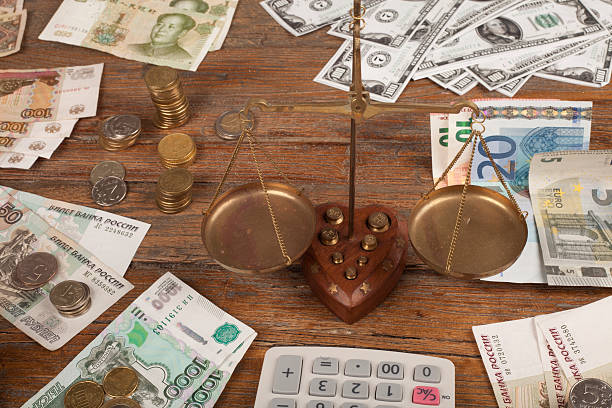 RBI Governor said, "you buy an umbrella to use it when it rains!"

India's forex reserves fell by $7.5 billion as the Reserve Bank of India is using its war chest to limit the sharp decline and 'jerky movements' in the rupee, as indicated by Governor Shaktikanta Das, who said, "you buy an umbrella to use it when it rains!"

The RBI's weekly supplement data showed forex reserves fell by $7.54 billion to $572.712 billion in the week ending July 15, compared to $580.252 billion in the prior week, and marks levels not seen in 20 months, when the pandemic took hold.

That latest data is a near $70 billion wiped from the record high reserves in October last year and about $30 billion loss since Russia invaded Ukraine.

The rupee has repeatedly hit new lows and breached 80 per dollar for the first time ever this week and has collapsed from about 74 at the beginning of the year.

While that is a global trend since the US Federal shifted its policy to aggressive rate hikes to tame red-hot inflation and boost the dollar, the RBI has intervened in the spot and futures markets through state-run banks to limit the rupee's damage.

RBI Governor Shaktikanta Das said on Friday, "you buy an umbrella to use it when it rains!" about the rupee's decline against the US dollar, suggesting that the central bank is utilising foreign exchange reserves to manage currency volatility.

He said that the central bank has made sure expectations stay grounded and the forex market operates in a stable and liquid way by avoiding abrupt and unpredictable movements in the rupee.

"After all, this is the very purpose for which we had accumulated reserves when the capital inflows were strong. And, may I add, you buy an umbrella to use it when it rains!" Mr Das said.

An exodus of foreign capital from almost every other currency into dollar-denominated assets has been unprecedented, with the euro breaching parity for the first time in two decades and the greenback hitting a 20-year high last week.

But the Indian currency managed to recover some lost ground and close at 79.05 against the greenback on Friday, helped by the RBI's intervention.

"I would like to reiterate that we have no particular level of the rupee in mind, but we would like to ensure its orderly evolution, and we have zero tolerance for volatile and bumpy movements," the RBI Governor said while speaking at a banking conclave organised by Bank of Baroda.

Mr Das added that the rupee was holding up well compared to other developed and emerging market nations' currencies because of the robust macroeconomic fundamentals of the nation.

Reuters had reported that the RBI was willing to spend $100 billion if needed to support the rupee.