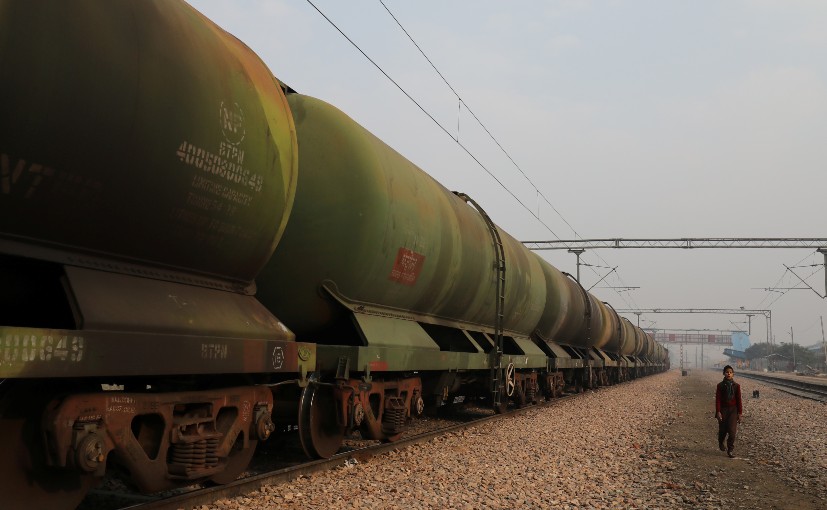 Finance minister Nirmala Sitharaman on Tuesday expressed concern over rising crude prices due to the Ukraine crisis and indicated that the central government is looking to tap alternative sources.

At an interactive session organised by BJP's Karnataka unit, she was asked about the impact of rising crude prices and war in Ukraine on the Indian economy.

"It will certainly have an impact on Indian economy", the finance minister said. "How much we are going to be prepared to take it as a challenge and mitigate the impact is something which we will have see as we go (along)," she added further.

Noting that India imports more than 85 per cent of its crude oil requirements, she said when oil prices go up, it is a matter of concern and "now we will have to see how it pans out".

She pointed out that oil marketing companies fix pump prices based on 15-day average. "But now averages and beyond averages are the numbers that we are talking about".

The government is watching to see if there are alternative sources from where it can get crude, she said but hastened to add, "Obviously global markets are all equally unthinkable at various sources."

"It (rising crude prices) will have a bearing. We have made some provisions for it in the budget. But that provision is only based on some average prevailing earlier but now is beyond that. So, we will have to see how we can work it out," the finance minister said.

International benchmark Brent was trading at around $126 per barrel on Tuesday.