Commerce Minister Piyush Goyal said the 30 per cent local sourcing norms in single-brand retail remains, but its definition has been expanded. 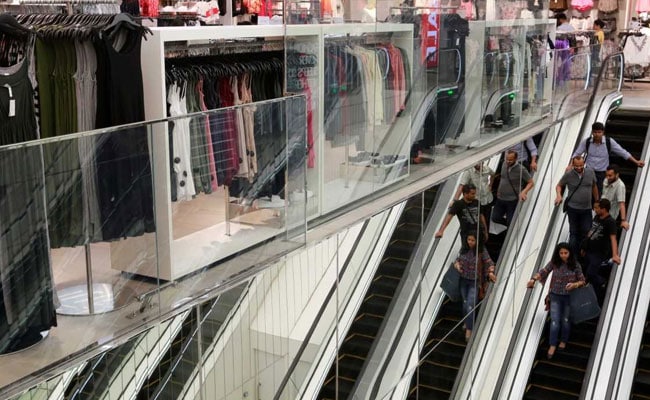 In January 2018, the government had allowed 100 per cent FDI in the sector.

The Union Cabinet on Wednesday unveiled the second round of foreign direct investment (FDI) reforms by easing the 30 per cent local sourcing norm in single-brand retail (SBRT) where domestic procurement for exported goods will now qualify for inclusion under the 30 per cent sourcing rules.

"With a view to provide greater flexibility and ease of operations to SBRT entities, it has been decided that all procurements made from India by the SBRT entity for that single brand shall be counted towards local sourcing, irrespective of whether the goods procured are sold in India or exported," Railway and Commerce Minister Piyush Goyal told reporters here following the cabinet meeting.

"Further, the current cap of considering exports for 5 years only is proposed to be removed, to give an impetus to exports", he added.

The extant FDI policy provides that 30 per cent of the value of goods have to be procured from India if the SBRT entity has more than 51 per cent FDI. Besides, the local sourcing requirement can be met as an average during the first 5 years, and, thereafter, annually.

The existing policy also provides that incremental sourcing for global operations by the non-resident entities undertaking single-brand retail trading, either directly or through their group companies, will also be counted towards local sourcing requirement for the first 5 years.

However, the prevalent business models involve not only sourcing from India for global operations by the entity or its group companies, but also through an unrelated third party.

In order to cover such business practices, it has now been decided that 'sourcing of goods from India for global operations' can be done directly by the SBRT entity or its group companies, or indirectly by them through a third party under a "legally tenable agreement".

The extant policy provides that only that part of the global sourcing shall be counted towards the local sourcing requirement which is over and above the previous year's sourcing value.

As has been pointed out by industry, such a requirement of year-on-year incremental increase in exports induces aberrations in the system as companies with lower exports in a base year or in any of the subsequent years can meet the requirement, while a company with consistently high exports gets discriminated against.

"It has been now decided that entire sourcing from India for global operations shall be considered towards local sourcing requirement," Mr Goyal said.

According to the government, online sales will lead to creation of jobs in logistics, digital payments, customer care, training and product skilling.

Currently, online sales by a single-brand retail player is allowed only after opening a physical outlet, which creates an artificial restriction and is out of sync with current market practices.

The minister said the 30 per cent local sourcing norms in SBRT remains, but its definition has been expanded.

Announcing the decision to ease the local sourcing norms for SBRT in the July Union Budget Finance Minister Nirmala Sitharaman had said this would lead to greater flexibility and ease of operations for SBRT entities, besides creating a level playing field for companies with higher exports in a base year.

In January 2018, the government allowed 100 per cent FDI in the sector, permitting foreign players in single-brand retail trade to set up shops in India without government approval.