Is The Tide Turning For Indian Capital Inflows After $33 Billion Exodus?

The NSE Nifty 50 Index has surged more than 14 per cent from a mid-June low as overseas investors turned buyers after months of withdrawals. 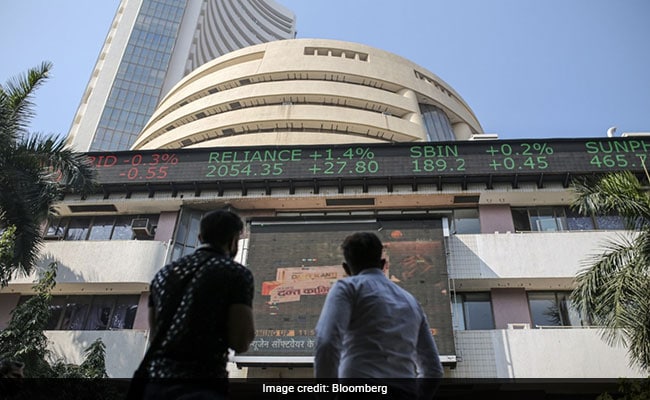 The fastest rebound in Indian stocks in nearly two decades has some investors wondering whether the foreign-buying powered momentum can continue amid global volatility.

The NSE Nifty 50 Index has surged more than 14 per cent from a mid-June low as overseas investors turned buyers after months of withdrawals.

That drove the benchmark from levels described by traders as oversold to strongly overbought territory in just 39 sessions, the quickest pace since 2003.

Tide Is Turning For India After $33 Billion Exodus: Taking Stock

“The current turnaround in the stance of foreign investors with regard to India is yet to be confirmed,” said Kunal Valia, chief investment officer for listed investments at Waterfield Advisors Pvt.

He said the country faces both fiscal and current account deficits, “worrisome macro” for foreign traders. 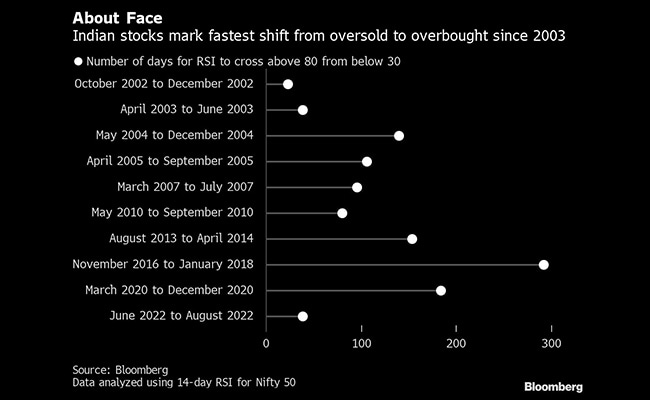 The shift from record outflows from Indian stocks to net buying by overseas investors came amid a weakening of the dollar and faster-than-expected cooling of commodity prices.

Commodities including oil and base metals have dropped 10-20 per cent from peak levels in June, providing major relief for net importers like India.

“We didn't anticipate global factors to improve so soon,” said Bank of America Corp. analyst Amish Shah. “Low positioning” and few investment options in other emerging markets led to the resumption of inflows from global investors, he said. 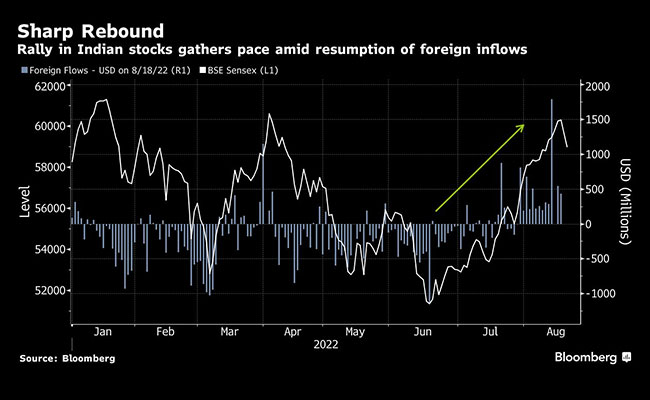 Like Waterfield's Valia, Shah is skeptical about the sustainability of foreign buying. Risks include possible changes in China's economic policy to focus on growth, which could lead to reacceleration in crude and other commodity prices, he said. 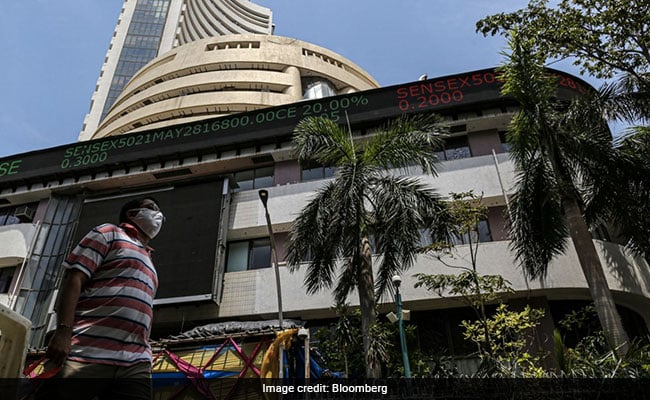 India One Of The Fastest Growing Economies Despite Global Slowdown: Report