"As Easy As Sending Message": Zuckerberg As WhatsApp Pay Starts In India

WhatsApp has the potential to compete with the leaders and reshape digital payments in India -- a market slated to grow to $1 trillion by 2023. 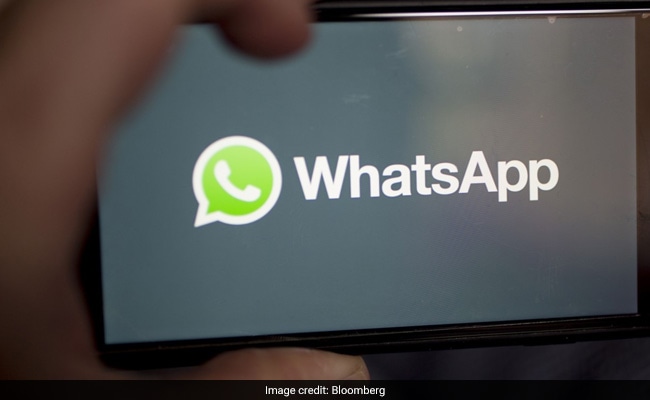 Facebook has been testing WhatsApp payments in India for years

Facebook Inc., which was struggling for years to win a permit to operate its WhatsApp payments service in India, finally got approval for the roll-out, marking a breakthrough year for the tech giant that also saw it partnering billionaire Mukesh Ambani to expand in the world's biggest open technology market.

WhatsApp pay can go live using the homegrown, multibank Unified Payments Interface, its operator, the National Payments Corporation of India, said in a statement Thursday. The US social media giant can gradually expand its UPI base starting with as many as 20 million users. Facebook has been testing WhatsApp payments in India since early 2018.

The approval is the latest milestone for the billionaire Mark Zuckerberg-helmed firm that plowed $5.7 billion by agreeing to buy a 9.99 per cent stake in Mr Ambani's digital services unit, Jio Platforms Ltd., in April. Mr Ambani's unit has attracted more than $20 billion from investors including Intel Corp. and Google, as global tech giants doubled down in partnering Asia's richest man and the most influential business leader in India.

"Now you can easily send money to your friends and family, just as easily as sending a message. There's no fee and it's supported by more than 140 banks," Mr Zuckerberg said in a video post. He added that it was available in 10 Indian regional language versions of WhatsApp.

Facebook has been open about its ambition to build a large commerce business in India with WhatsApp messaging at the center. India's payments market is crowded with domestic pioneer Paytm, Google Pay, Walmart Inc.'s PhonePe, Amazon.com Inc.'s Amazon Pay and dozens of other startups but WhatsApp's enormous user base of more than 400 million gives it a unique advantage in a market slated to grow to $1 trillion by 2023.

"Starting today, people across India will be able to send money through WhatsApp," the company said in a November 6 blog post on its website. "We're excited to join India's campaign to increase the ease and use of digital payments, which is helping expand financial inclusion in India."

Unlike some other rivals, WhatsApp will be able to add customers for its payments service quickly because of the ubiquity of its messaging app. Almost every other mobile Internet user is a WhatsApp user. India is Facebook and WhatsApp's largest market, at a time when the American firm is looking for areas to add new users as more lucrative markets like the U.S. and Europe become saturated.

Meanwhile, Mr Ambani has honed in on technology and e-commerce as pillars of expansion for his listed Reliance Industries Ltd. -- that in turn controls the digital and retail units -- in a pivot away from the energy business he inherited in 2002. Mr Ambani is helming this transformation at Reliance that makes Facebook and WhatsApp integral to its future plans, especially as the tycoon looks to take on Amazon and Walmart Inc.-owned Flipkart in e-commerce.

Facebook's WhatsApp payment rollout was in the works long before the tie up with Mr Ambani. The service, which had been in a test mode with a million users for nearly three years, was said to be close to receiving the green light for its payments service in February.

Still, Indian regulators have blocked some of Facebook's previous business efforts in India, including a program that offered free internet access to a limited number of websites.

WhatsApp has added commerce features in recent years, including product catalogs and shops, so that small businesses can promote and sell goods directly through the app. Payments is a key part of enabling those transactions. The company is also hoping to use these product catalogs as a jumping off point to bring small businesses to other Facebook services, like advertising and customer service tools.

The National Payments Corporation of India has imposed a 30% volume cap on all third party payment providers on its payments platform, to avoid any single entity from monopolizing the market. Existing payment operators have two years from January 1 to comply with this limit, the government body said in a separate statement Thursday.

Facebook executives foresee WhatsApp serving as a one-stop-shop for Indian small businesses, who can sell goods and interact with customers on a service that hundreds of millions of people in the country already use. They hope to replicate that plan in other markets, like Brazil, though efforts to bring payments there have also faced regulatory challenges.

"In the long run, we believe the combination of WhatsApp and UPI's unique architecture can help local organizations address some of the key challenges of our time, including increasing rural participation in the digital economy and delivering financial services to those who have never had access before," the company said in a statement.