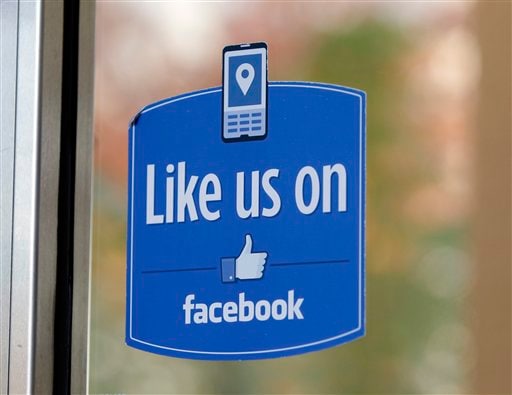 Facebook the website is all about grabbing someone's attention. So we hope that Facebook the company has taken great care in choosing a ticker symbol that will do the same.

As the social network prepares to go public and raise billions, it must also pick a brief code — the handful of letters that will be as closely identified with Facebook on Wall Street as the blue strip is on your computer screen.

FACE is already taken by a cosmetics company, though BOOK is up for grabs.

A clever ticker symbol can be like a vanity plate, helping investors remember your company. Snagging a coveted one-letter symbol — think "C'' for Citigroup, but formerly for Chrysler — is a status symbol in certain nerdy realms.

Most companies skew toward the boring, though there are exceptions. Mattress company Sealy is ZZ. Shoe seller Steven Madden is SHOO. Southwest Airlines is LUV, a nod toward Love Field airport in its hometown of Dallas. Veterinary hospital chain VCA Antech Inc. is WOOF, a nod toward — well, you get it.

We think that Facebook, which in eight years has changed how politicians raise money, how dissidents start revolutions and how parents keep tabs on their kids, deserves something more interesting than FB.

So what will it be? Here are our suggestions:

—TMI: Too much information. For the company that made it OK to share details about your broken relationships and drunk-dialing miscues, and deliver passive-aggressive rants about your siblings, all over the Internet.

—TFS: Thanks for sharing! (Again!) Because I was really hoping for an hour-by-hour update of what my lab partner from high school biology is doing every weekend.

—MEEE: Because if Facebook isn't the modern world's biggest exercise in self-glorification, then we don't know what is.

—X: As in, "It's really time to stop stalking your ex and concentrate on your current relationship." But since "X'' is taken by U.S. Steel Corp., we offer STLK as a placeholder.

—THE: Because remember, it was thefacebook.com before it was renamed facebook.com — and became, in the words of Justin Timberlake as Sean Parker in "The Social Network," cleaner.

—ZUCK: For Mark Zuckerberg, the face of Facebook and the man all of Wall Street wants to friend. Or "LOL," for what he's going to do all the way to the bank.

—POKE: In honor of what is perhaps Facebook's creepiest feature.

—WOT: Waste of time. Applies to friends who constantly post about going to the gym or the grocery store. Never, ever, ever interesting.

—FBML: For "future blackmail." As in, those keg-stand pictures are funny now, but could keep you from becoming president in 30 years.