While the EPF is a lifetime deposit, there are provisions to withdraw money from the EPF early as well. 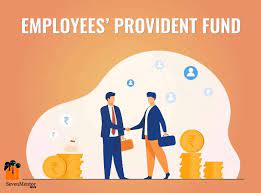 Salary limit may increase to Rs 21,000 for EPF benefits

The labour ministry may be looking to expand the coverage of the employers' provident fund to millions of workers by increasing the wage ceiling for mandatory EPF benefits to Rs 21,000 a month.

The wage ceiling for mandatory EPF benefits is currently set at Rs 15,000. The move would bring EPF in line with other social security nets like Employees State Insurance Corporation (ESIC), which also have a limit of Rs 21,000.

The wage ceiling had last been raised eight years ago in 2014, the ninth time that it had been increased since the EPF was instituted in 1952.

While the EPF benefit is only mandatorily extended to employees earning up to Rs 15,000, many companies voluntarily extend benefits to those earning higher salaries.

Under existing rules, any company with 20 or more employees needs to be registered with the EPFO and provide benefits mandatorily to those within the income ceiling.

While the EPF is a lifetime deposit, there are provisions to withdraw money from the EPF early as well.

By increasing the limit to Rs 21,000, approximately 7.5 million more workers will be brought under the EPFO, which already counts 68 million contributing members. Benefits under the EPF extend to provident funds, pension and insurance under the schemes.

Several worker unions, trade unions and others have been clamouring to bring the EPF limit in line with ESIC, which had its own limit raised from Rs 15,000 in January 2017.

A high-level committee of the government had backed a proposal to increase the income ceiling in April.

But the committee had also recommended that implementation should happen at a later date as many companies were still struggling due to the pandemic.

The suggested changes would need to be accepted by the central board of trustees of EPFO before they can come into force.