India's economic momentum remained stable in December even as the first signs of slowing output growth appeared across some industries. 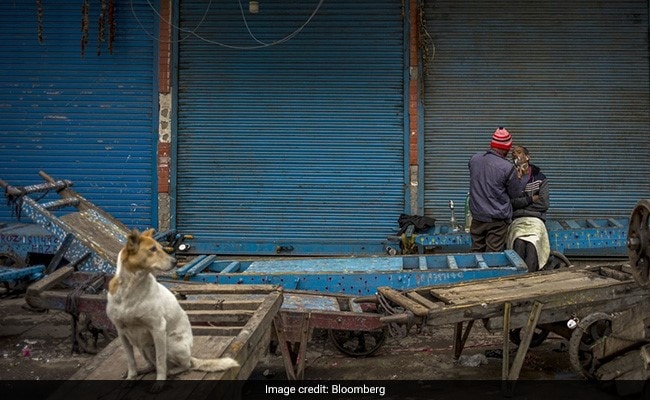 Trade deficit remained elevated at close to $22 billion on the back of strong imports.

India's economic momentum remained stable in December even as the first signs of slowing output growth appeared across some industries.

That's the reading from the overall activity tracker comprising eight high-frequency indicators compiled by Bloomberg News. While the needle on a dial measuring the so-called ‘Animal Spirits' stayed unchanged at 5 for a seventh month, top producers across consumer durables and automobiles signaled weakness as the year wound down. 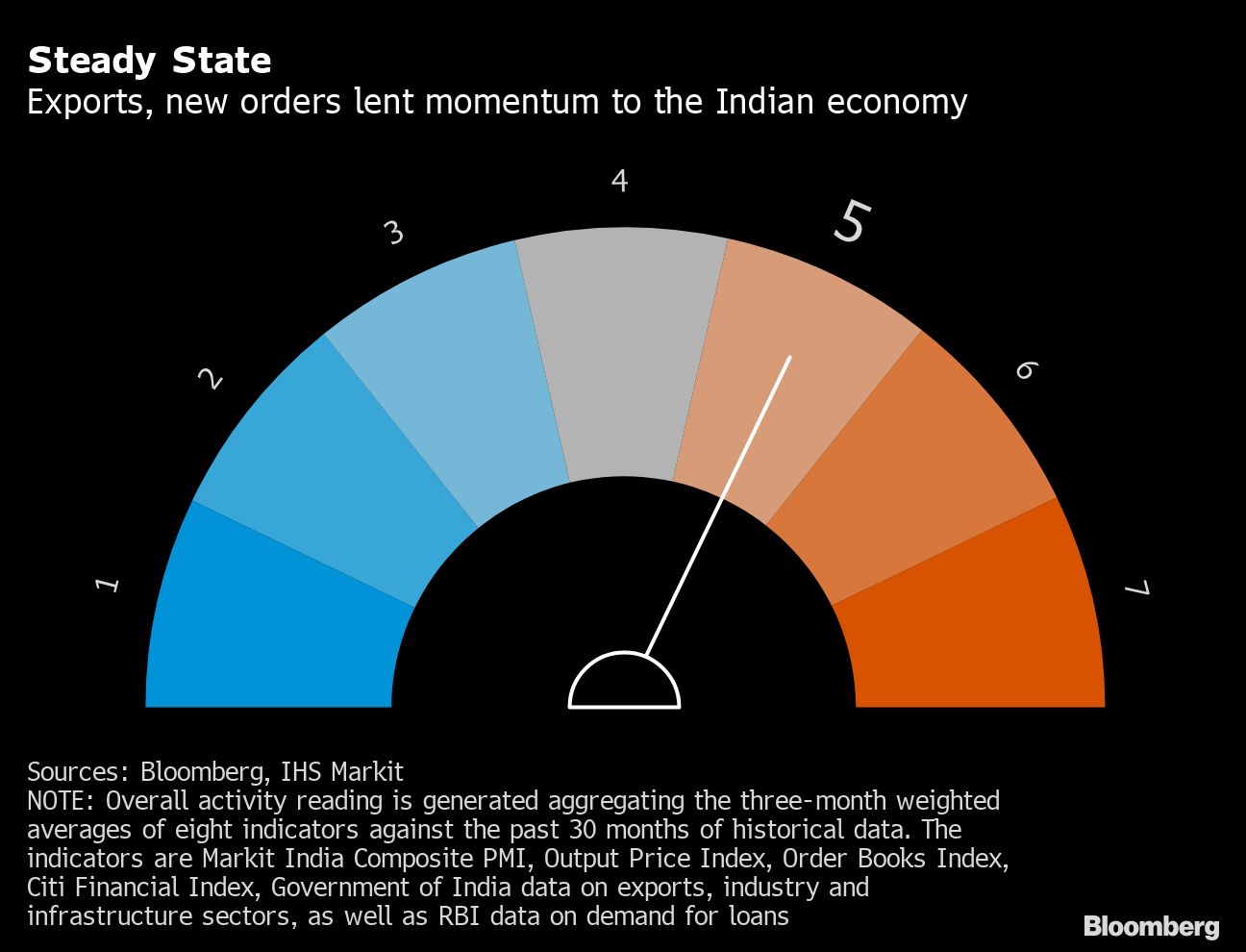 The reading probably worsened this month as omicron-fueled Covid-19 cases spiked, forcing some Indian states to resort to virus-control measures including putting curbs on some services and businesses. That's likely to push India's policy makers to retain their accommodative bias as the government prepares its annual budget and rate-setters get ready to review borrowing costs in February.

Below are details of the dashboard.

Activity in India's dominant services sector expanded for the fifth month, and manufacturing for the sixth, although growth in new work and production lost some momentum, according to IHS Markit. While the composite index slipped to 56.4 last month from 59.2 in November, it held up above its long-run average. 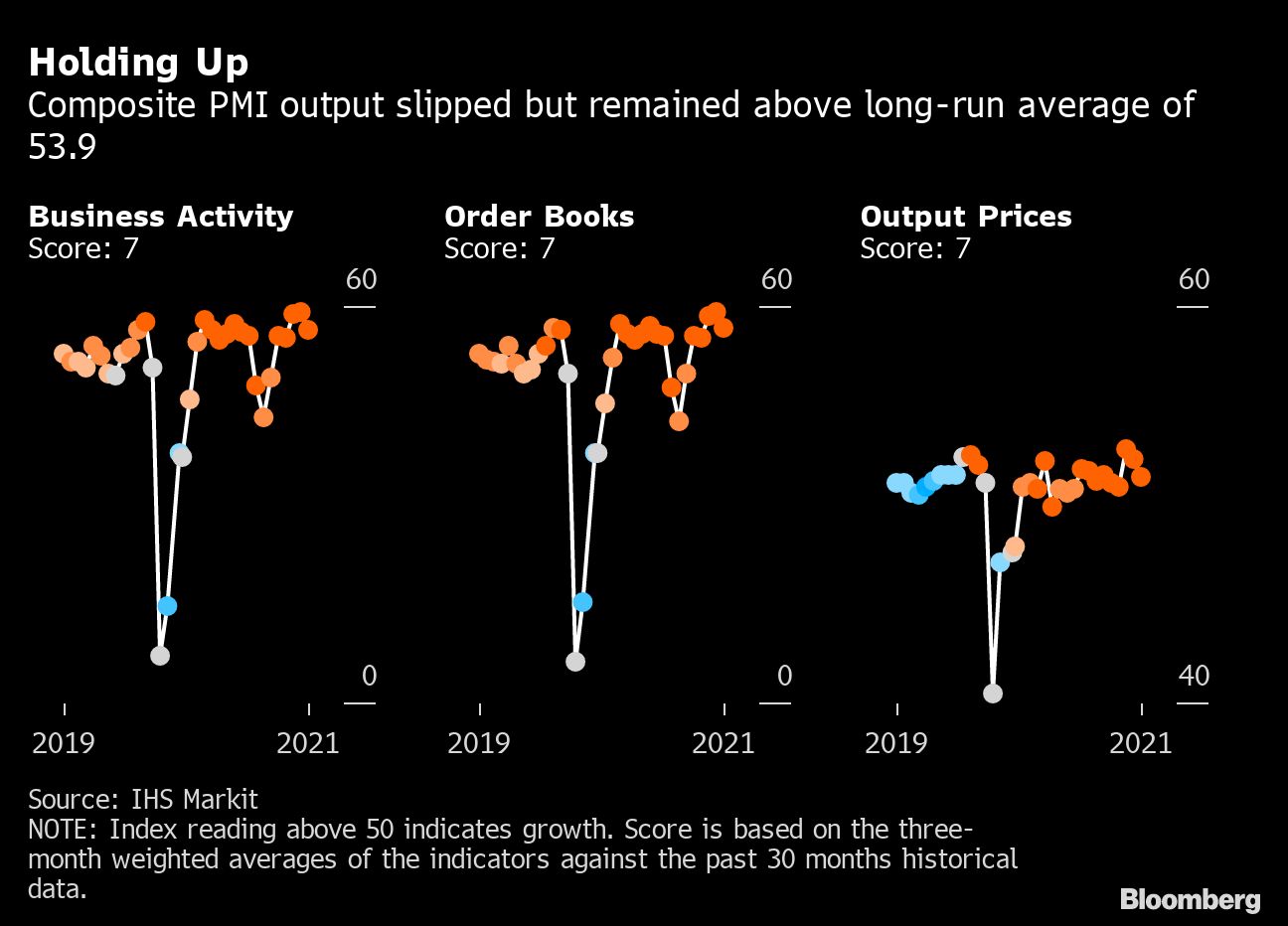 Exports grew a robust 39% year-on-year in December to $37.8 billion, the highest monthly tally on record led by commodities, chemicals and electronics. However, the trade deficit remained elevated at close to $22 billion on the back of strong imports. 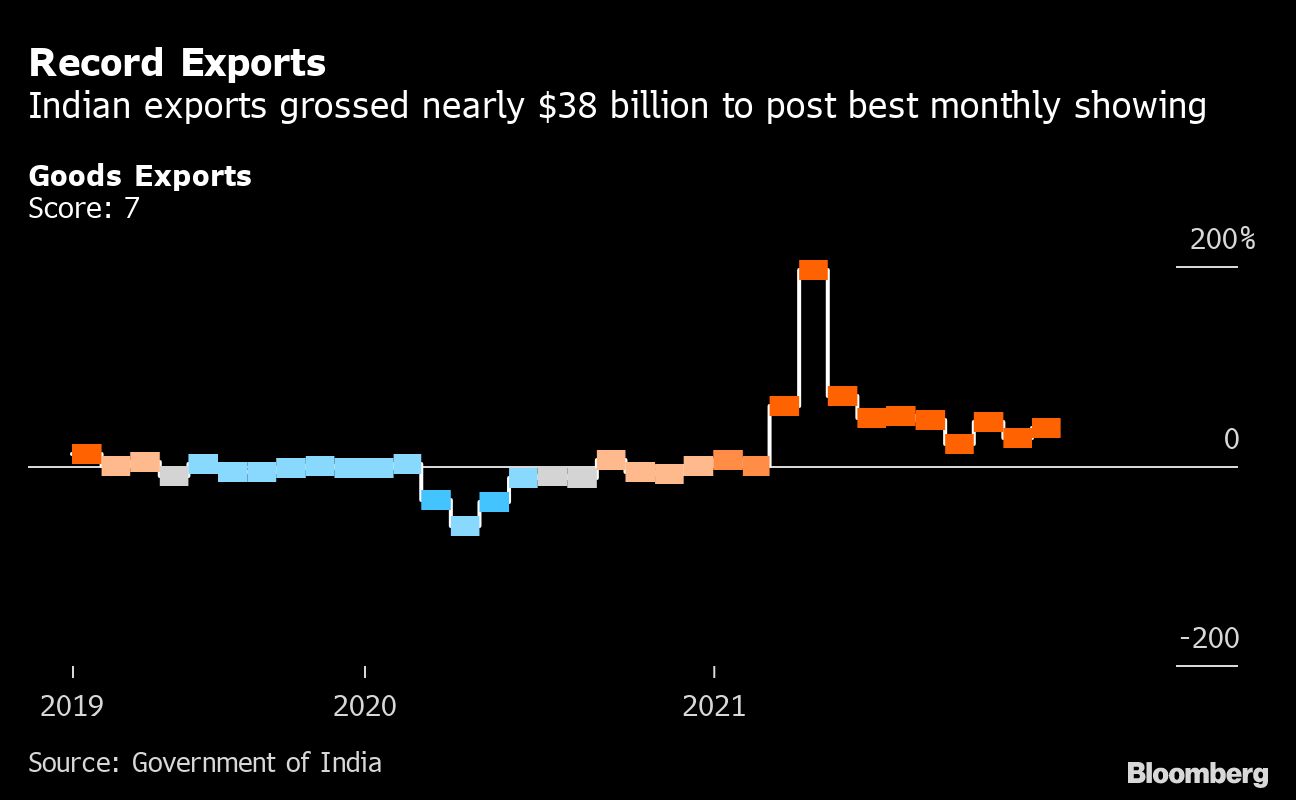 Passenger vehicle sales fell for a fourth straight month, as production was hit by a global chip shortage. That aside, demand for bank credit grew a healthy 9.2% at the end of December from a year earlier, while liquidity conditions remained in surplus last month. 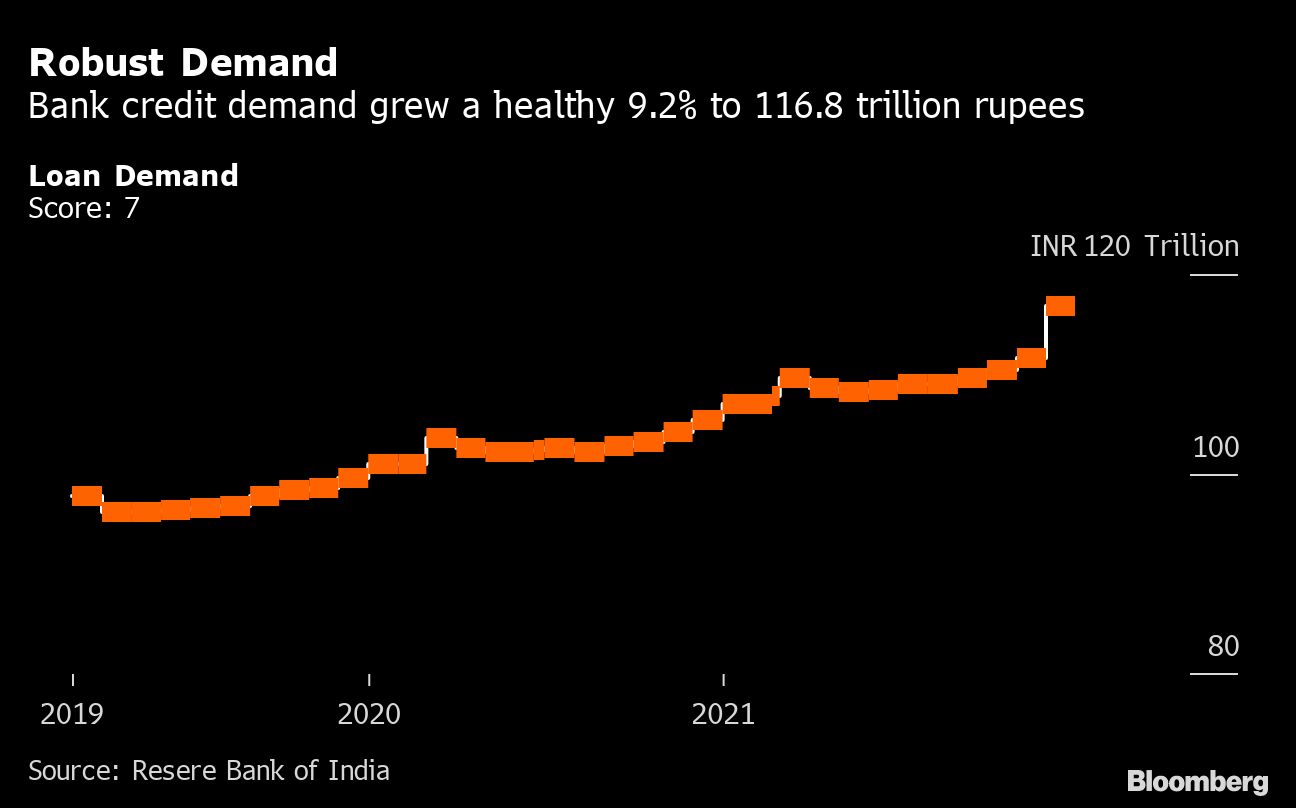 Industrial production growth cooled to a nine-month low of 1.4% in November from a year earlier, which QuantEco Research economist Yuvika Singhal attributed to factors including a post-festive drop in production and supply-side disruptions.

Output at infrastructure industries, which makes up 40% of the industrial production index, eased to 3.1% in November. Both data are published with a one-month lag.