E-Way Bill To Rollout From April 1

The e-way bill introduced under the GST regime will apply to inter-state transportation of goods worth over Rs 50,000 through road 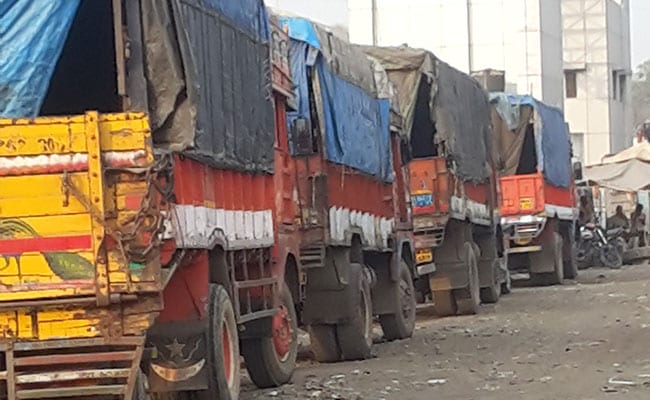 New Delhi: With only around 11 lakh entities having registered in the e-way bill system slated to roll out from April 1, the government on Wednesday gave a call to businesses and transporters to enroll on the dedicated platform. The electronic way (e-way) bill introduced under the Goods and Services Tax (GST) regime will apply to inter-state transportation of goods worth over Rs 50,000 through road, railways, airways and vessels.

"I'm not too sure whether traders, dealers and transporters are still ready and I would like to appeal to them to register themselves on the e-way bill portal as early as possible," finance secretary Hasmukh Adhia said addressing the Foundation Day of the GST Network (GSTN).

"They should not then tell us that we didn't inform them," he said.

Adhia also said the e-way bill for intra-state movement of goods would be launched two weeks after the inter-state roll out.

"We will announce the schedule at least three days in advance, but not immediately because we want to observe how the e-way bill portal functions for inter-state movement of goods. After that we will try to bring it for intra-state," he said.

GSTN chief executive Prakash Kumar said that around 11 lakh businesses and transporters had registered till date on the e-way bill platform and expects most registrations to take place at the last minute.

About 1.05 crore businesses have registered under the new GST regime, of which around 70,00,000 are filing returns.

In view of the difficulties faced by the traders in generating the e-way bill due to initial technological glitches, it was earlier decided by the GST Council to extend the trial phase for generation of e-way bills, both for inter-state and intra-state movement of goods.

Promoted
Listen to the latest songs, only on JioSaavn.com
In its meeting last month, a group of ministers headed by Bihar Deputy Chief Minister Sushil Modi recommended April 1 as the date for compulsory implementation of the system for inter-state goods movement