Since its earnings for the first quarter of financial year 2019-20, DMart shares have risen 41.01 per cent as of Friday's close. 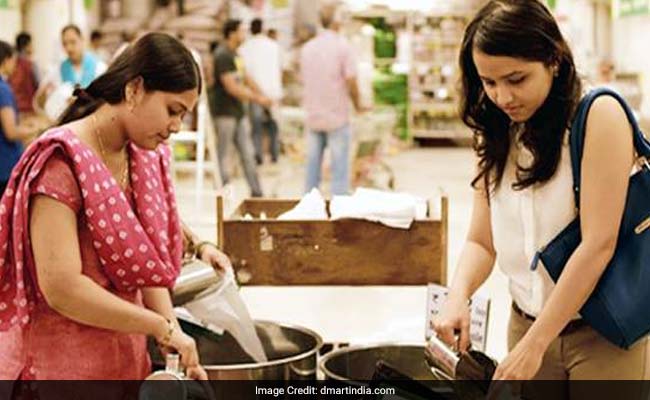 Avenue Supermarts - the owner and operator of supermarket chain DMart - on Saturday reported a net profit of Rs 322.66 crore for the quarter ended September 30. That marked an increase of 47.54 per cent compared to the corresponding period a year ago. In a regulatory filing, Avenue Supermarts said its revenue from operations stood at Rs 5,990.78 crore in July-September, as against Rs 4,892.81 crore in the year-ago period. On Friday, DMart or Avenue Supermarts shares ended 1.23 per cent higher at Rs 1,843.25 apiece on the BSE, outperforming the benchmark Sensex index which rose 0.65 per cent.

"Revenue growth for the quarter was slightly lower than our estimates while gross margin saw improvement over the corresponding period last year due to better revenue mix," said Neville Noronha, CEO and managing director, Avenue Supermarts.

The company said its profit after tax (PAT) margin improved to 5.4 per cent in the second quarter of current financial year, from 4.5 per cent in the corresponding period a year ago.

Avenue Supermarts' earnings before interest, tax, depreciation and amortization (EBITDA) - a key indicator of a company's profitability - came in at Rs 517 crore in the July-September period, as against Rs 388 crore a year ago, it said. Its EBITDA margin improved to 8.6 per cent from 7.9 per cent in the year-ago period.

The company had 189 stores in the country as of September 30.

Since its earnings announcement for the first quarter of financial year 2019-20 in July, DMart shares have risen 41.01 per cent as of Friday's close.